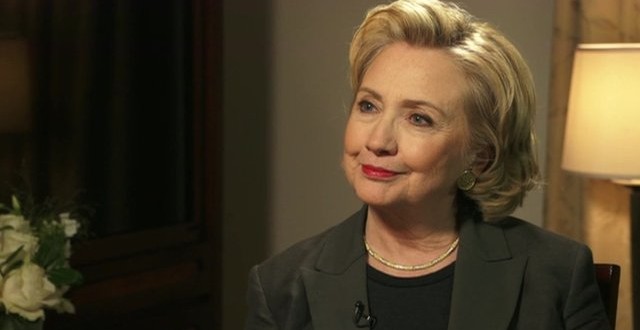 Former US Secretary of State Hillary Clinton says the US should withhold military support for Iraq until certain preconditions are met.

In an interview with BBC Newsnight, she said Prime Minister Nouri Maliki first had to show he was “inclusive”.

Her comments came after President Barack Obama said the US was looking at “all options” in Iraq.

The Iraqi cities of Mosul and Tikrit have fallen to Sunni Islamist insurgents during a lightning advance.

Though Mr Obama said he was not ruling out anything, the White House also insisted it had no intention of sending ground troops.

Mrs Clinton said that before military support could be supplied, “Maliki has to be willing to demonstrate unequivocally that he is a leader for all Iraqis, not for a sectarian slice of the country.”

She added, “The army, which has not been able to hold territory, has to have an injection of discipline and professionalism, something the US has been trying to help with.”

Russia could be a truly great country, not a bullying country”

On Russia, Mrs Clinton dismissed the idea that President Vladimir Putin could have any legitimate concerns over Ukraine, where the West has accused Russia of supporting and arming rebels in the east.

“Think of the energy [Mr Putin] is using to plot and conspire against the freedom that the people of eastern and central Europe have gained in the last 20-plus years because of the fall of the Soviet Union,” she said.

Mr Putin had made a “regrettable choice for Russia”, she added.

“Russia could be a truly great country, not a bullying country. Not totally dependent on oil and gas and using it to intimidate its neighbours.”

However, Mrs Clinton also defended the “re-set” of relations with Russia when she was secretary of state as a “brilliant stroke”.

It had allowed the US to seize the moment while Dmitry Medvedev was president, gaining support over Iran, reductions in nuclear stockpiles, and US military transport to Afghanistan, she said.

Asked about the referendum on Scottish independence in September, Mrs Clinton said: “I would hate for you to lose Scotland… I would hope it doesn’t happen.”

Mrs Clinton has been giving a series of interviews around the publication of a memoir, Hard Choices. The book focuses on her years as secretary of state, but has also added to speculation that she will run for president in 2016.

On the subject of her own political ambitions, Mrs Clinton told the BBC that she was looking forward to becoming a grandmother later this year, and that she was “not ready” for the “24/7” intensity of a presidential campaign.

But she also said that her past experience in the White House had not put her off.

“I have a pretty good idea that this is a contact sport,” she said. “Politics in the United States is very rough and tumble because there are big stakes.”

“If you’re not tough enough to get into arena, then truly, you should not even put your toe in.”