Chemical use in Syria 'systematic' 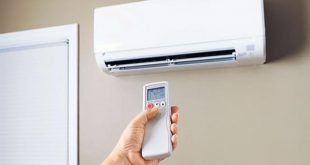 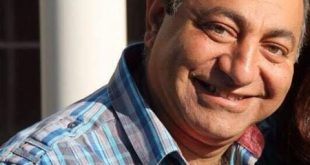 The inspectors were unable to reach the rebel-held village of Kafr Zaita, scene of several alleged attacks

A team from the world’s chemical weapons watchdog believes toxic chemicals such as chlorine are being used in a “systematic manner” in Syria.

The Organisation for the Prohibition of Chemical Weapons sent a fact-finding mission to the country’s north last month to investigate several incidents.

The inspectors’ preliminary report says information was gathered that seemed to corroborate the testimony of medics.

But an attack on their convoy prevented them presenting definitive conclusions.

They were travelling to the rebel-held village of Kafr Zaita, the scene of at least six reported chlorine gas attacks, to obtain clinical and environmental evidence when one of their vehicles was hit by a bomb.

Their convoy was later ambushed and a vehicle was shot at from close range by gunmen who then detained them briefly.

The OPCW mission was tasked with investigating the alleged use of chlorine in more than a dozen attacks in Hama and Idlib provinces.

The mission’s report concludes that information it had gathered seemed to “corroborate the testimonies provided by the treating physicians” with whom it was able to establish contact. “The similarities in the witness accounts reviewed over the course of time became conspicuous”, it adds.

The attack on the team and the resulting denial of access to Kafr Zaita prevented the inspectors from presenting definitive conclusions.

“It is nonetheless the considered view of the fact-finding mission that the available information cannot be dismissed as unconnected, random, or of a nature attributable to purely political motives,” the report says.

“This information lends credence to the view that toxic chemicals, most likely pulmonary irritating agents such as chlorine, have been used in a systematic manner in a number of attacks.”

On Monday afternoon, the OPCW’s director general, Ahmet Uzumcu, said the team would “continue its important work in gathering facts and bringing them to light”.

The BBC’s Anna Holligan in The Hague says chlorine is a “dual-use chemical”. It has many legitimate industrial functions, but its use as a weapon is banned by the Chemical Weapons Convention (CWC). If high concentrations of the chemical enter the lungs it can cause death.

Chlorine was not on the list of toxic agents declared by Syria as part of last year’s deal for President Bashar al-Assad to hand over the military’s vast chemical stockpile, our correspondent adds.

Syria has so far shipped out 92% of its stockpile of chemical weapons. However, the other 8% remains at one site and cannot be moved to the port of Latakia because of the security situation.

In a separate development on Wednesday, activist groups said government air strikes had killed at least seven people, several of them children, near Syria’s southern border with Jordan.

Helicopter gunships were used in the attack on a camp for displaced civilians in Deraa province, where fighting has intensified in recent weeks, with rebels making gains, they added.