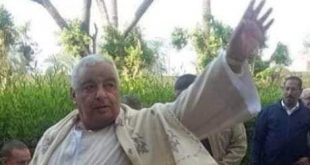 Polish PM Donald Tusk has said a snap election may be called in weeks if a row sparked by a secret recording of top officials is not contained.

Wprost magazine published an alleged private conversation where the country’s top banker discusses the next scheduled election with a minister.

Chief editor Sylwester Latkowski said physical force had been used in an attempt to seize his laptop.

Jaroslaw Kaczynski, leader of the largest opposition party, Law and Justice, suggested it was an attack on freedom of speech.

Poland, the biggest of the former Soviet bloc states to join the EU, has been celebrating 25 years of freedom, to mark the overthrow of its communist government and first, semi-free elections in 1989.

“It may happen that the only solution will be early elections if the crisis in confidence is so deep,” Mr Tusk told a news conference on Thursday.

Stressing he wished to avoid any actions impinging on freedom of speech, he said chief prosecutor Andrzej Seremet had assured him the search of the Wprost offices had been legal.

He called on Wprost to release all recordings of private conversations between officials it has reportedly obtained.

Polish President Bronislaw Komorowski said an early parliamentary election should be called if it proved impossible to resolve the row by “normal” means.

A prosecutor, apparently accompanied by agents of the Internal Security Agency (ABW), tried to search the magazine’s offices on Wednesday evening but left without taking any computers after meeting resistance from journalists.

“Physical force has been used against me,” Mr Latkowski told Poland’s TVN24 channel as other journalists descended on the magazine’s offices.

Reuters news agency tried unsuccessfully to get comments from prosecutors and the ABW on why a search had been conducted without a court decision to remove the magazine’s right to protect its sources.

Warsaw police spokesman Mariusz Sokolowski told the agency police were not involved and he had “no idea” what was happening at Wprost.

After the article appeared in the magazine at the weekend, an official investigation was launched at the request of Interior Minister Bartlomiej Sienkiewicz, acting in the capacity of a victim.

The article featured recordings, apparently made last July at a Warsaw restaurant, of Mr Sienkiewicz speaking to the head of the National Bank of Poland, Marek Belka.

The two men allegedly discussed how the bank could help the government deal with a budget deficit and increase its chances of re-election in 2015.

The chief banker is allegedly heard requesting the removal of finance minister, who was then Jacek Rostowski, in return for the bank’s intervention in propping up the national economy in the event of an emergency.

Four months later Mr Rostowski was replaced but Mr Tusk has denied this was as a result of the talks.

The manager of the restaurant has been questioned over the recording.

Mr Tusk and his centre-right coalition won a second term in office at the October 2011 parliamentary election.