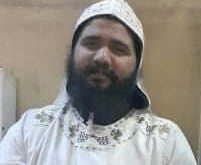 Scientists who claimed to have found a pattern in the sky left by the super-rapid expansion of space just fractions of a second after the Big Bang say they are now less confident of their result.

The BICEP2 Collaboration used a telescope at the South Pole to detect the signal in the oldest light it is possible to observe.

At the time of the group’s announcement in March, the discovery was hailed as a near-certain Nobel Prize.

But the criticism since has been sharp.

Rival groups have picked holes in the team’s methods and analysis.

In the paper, the US-led group stands by its work but accepts some big questions remain outstanding.

And addressing a public lecture in London, one of BICEP2’s principal investigators acknowledged that circumstances had changed.

“Has my confidence gone down? Yes,” Prof Clem Pryke, from the University of Minnesota, told his audience.

What the team announced at its 17 March press conference was the long sought evidence for “cosmic inflation”.

It helps explain why deep space looks the same on all sides of the sky – the contention being that a very rapid expansion early on could have smoothed out any unevenness.

Inflation theory makes a very specific prediction – that it would have been accompanied by waves of gravitational energy, and that these ripples in the fabric of space-time would leave an indelible mark on the oldest light in the sky – the famous Cosmic Microwave Background.

The BICEP team claimed to have detected this signal. It is called B-mode polarisation and takes the form of a characteristic swirl in the directional properties of the CMB light.

It is, though, an extremely delicate pattern and must not be confused with the same polarisation effects that can be generated by nearby dust in our galaxy.

The critiques that have appeared since March have largely focused on this issue. And they intensified significantly when some new information describing dust polarisation in the Milky Way was released by scientists working on the European Space Agency’s orbiting Planck telescope.

If it was not such an exciting result, you would not be hearing so much about it”

Planck, which everyone agrees is extremely powerful at characterising dust, will release further data before the end of the year. And, very significantly, this will include observations made in the same part of the sky as BICEP2’s telescope.

Until then, or until new data emerges from other sources, the BICEP2 collaboration recognises that its inflation detection has greater uncertainty attached to it.

“[Our] models are not sufficiently constrained by external public data to exclude the possibility of dust emission bright enough to explain the entire excess signal,” it writes in the PRL paper.

At his lecture at University College London, Prof Pryke explained his team’s lowered confidence: “Real data from Planck are indicating that our dust models are underestimates. So the prior knowledge on the level of dust at these latitudes, in our field, has gone up; and so the confidence that there is a gravitational wave component has gone down. Quantifying that is a very hard thing to do. But data trumps models.”

Prof Pryke spoke of the pressure he and his colleagues had been under since March. He said he never expected there would be such interest in their work, especially from mainstream media.

“Look, the scientific debate has come down to this – we need more data. With the existing data that’s out there, you can generate a lot of farce, a lot of blog posts, a lot of excitement and controversy, but you can’t really answer the question scientifically. So, what you need is more data, and that’s coming from Planck and it’s coming from us.”

Prof Marc Kamionkowski, from Johns Hopkins University, commented that what we were witnessing currently was “science in action”.

“If it was not such an exciting result, you would not be hearing so much about it,” he said in a phone conversation last week.

“We’re going to need confirmation by independent groups. That’s the way things work in science. We don’t believe things because somebody says they’re true; we believe them because different people make the measurements independently and find the same results.”