An Australian Copt congratulates Mr Morrison on win , and warns Australians from the circumstance happening in Europe 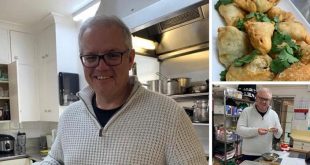 The journalist Ashraf Helmy who lives in Australia congratulates the Prime Minister Mr Scott Morrison for his victory in the Australian Federal election which took place on Saturday 18th May 2019.

Mr Morrison has been able to keep the coalition in power and continue to lead Australia for a further period of three years.

Mr Helmy joins Mr Morrison’s view that his victory is a miracle. Me Morrison said: “ I believe in miracles”. The outcome of the election was completely opposite to all the views that Labour would win the election.

Mr Helmy warns Australians and leaders of political parties particularly the liberals and labour from falling into the same circumstances as the Europeans have.

As a result of the dealing of the Australian government with illegal migrants and the impact of those who came to Australia from the Middle East and Asia on the grounds of political and religious reasons during the 80s as a result of wars. Those who take advantage of countries like Australia to impose their own religious and political belief system on Australia and it’s legal system to change the culture of Australia and take advantage of its democratic systems and laws.

This is known to be the plan by various external countries and sources around the world particularly from the Arab world.

Mr Helmy congratulates Mr Peter Khalil in Melbourne and Mrs Ann Ali in Western Australia representing the Labour Party who have kept their seats within the Australian parliament for the second time.