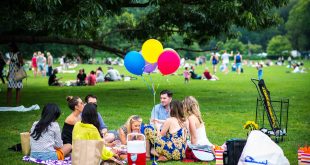 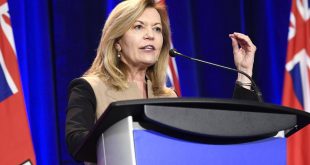 A man who disrupted a screening of “Joker

on Sunday evening in Paris, frightening fellow moviegoers when he stood up and shouted “God is great” in Arabic, is being investigated for advocating terrorism, a spokesperson for the Paris prosecutor’s office said Tuesday.

The man, 34, attended the screening at the Grand Rex theater with another person and started saying out loud, “C’est politique” (“It’s political”), multiple times midway through the screening, according to Le Parisien newspaper. He then stood up and yelled, “Allahu Akbar,” which triggered panic inside the theater and prompted many people to rush to the exit. The owner of the Grand Rex told Variety that about 30 people left the auditorium, but more than 200 stayed to watched the rest of the movie.

Several moviegoers and a security guard wrestled with the man, but he managed to escape the theater. He was arrested by police in a street near the Grand Rex, which is located in the heart of Paris. He was unarmed, according to Le Parisien. After the screening ended, the auditorium was evacuated and a bomb squad searched for any weapons or explosives but found none.

The suspect was detained Sunday and put in a psychiatric hospital Monday. In addition to being investigated by the French prosecutor’s office on suspicion of advocating terrorism, the man is also being sued by the Grand Rex theater.

Several people reported that they were robbed during the incident, the theater’s owner told Variety, adding that authorities are looking into whether the incident was orchestrated by the man and an accomplice as a robbery scheme.

Paris police told Variety that they had not heard of any other disruptions during screenings of “Joker” in the French capital.

With its nihilistic central character and depiction of violent unrest by society’s have-nots, “Joker” has come under criticism by some in the U.S. who warn that it could lead to real-life violence. In 2012, a gunman opened fire on moviegoers at a screening of “The Dark Knight Rises” in Aurora, Colorado, killing 12 people.