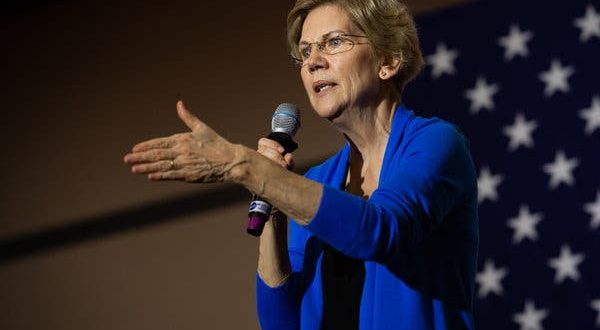 Warren Releases $20.5 Trillion Plan to Pay for ‘Medicare for All’

Ms. Warren would impose huge tax increases on businesses and billionaires to provide free health coverage for all Americans, but she says she would not raise taxes on the middle class.

Ms. Warren, who has risen steadily in the polls with strong support from liberals excited about her ambitious policy plans, has been under pressure from top rivals like former Vice President Joseph R. Biden Jr. to release details about paying for her biggest plan, “Medicare for all.” Her new proposal marks a turning point for her campaign, in which she will have to sell voters on a tax-and-spending plan that rivals the ambitions of the New Deal and the Great Society while also defending it against both Democratic and Republican criticism.

Under Ms. Warren’s plan, employer-sponsored health insurance — which more than half of Americans now receive — would be eliminated and replaced by free government health coverage for all Americans, a fundamental shift from a market-driven system that has defined health care in the United States for decades but produced vast inequities in quality, service and cost.

Ms. Warren would pay for the $20.5 trillion in new federal spending through a mix of sources, including:

Requiring employers to pay the government a similar amount to what they are currently spending on their employees’ health care, totaling $8.8 trillion over a decade.

Changing how investment gains are taxed for the top 1 percent of households, raising $2 trillion, and ramping up her signature wealth tax proposal to be steeper on billionaires, raising another $1 trillion.

Creating a tax on financial transactions like stock trades, bringing in $800 billion.

She is also counting on $800 billion in cuts to military spending.