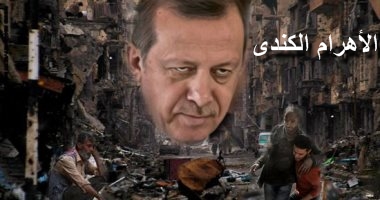 Ankara, keeping good on its promise to repatriate captured Islamic State jihadists, said on Monday that it would begin putting terrorists on flights back to Europe and the US.

The spokesman for Turkey’s Interior Ministry, Ismail Catakli, announced on Monday that a U.S. national, a German, and a Danish citizen – all members of the Islamic State – were scheduled to be sent home that day, while seven German nationals would be repatriated on November 14th, Deutsche Welle reports.

“One American foreign terrorist fighter whose proceedings are completed has been deported,” Catakli said.

“Travel plans for seven foreign terrorist fighters of German origin at deportation centers have been completed, they will be deported on November 14,” he added.

Catakli also noted that Turkey was preparing to repatriate several IS terrorists back to the Netherlands, Ireland, France, and other countries.

The move comes about a week after Turkey’s Interior Minister Suleyman Soylu informed NATO allies in Europe that Turkey would repatriate IS terrorists to their countries of origin regardless of whether their citizenships had been stripped.

Ankara’s threat came despite the reluctance of European states to take back foreign fighters, with the UK going as far as to strip known ISIS terrorists of their citizenship in order to prevent their return, Voice of Europe reported.

“We are not going to keep them until the end of time. We are not a hotel for anybody’s Islamic State members,” Turkey’s Interior Minister Suleyman Soylu said about a week ago.

So far, exactly how many foreign fighters will be repatriated back to the West is unclear.

Last week, Turkish President Recept Tayyip Erdogan said that 1,201 Islamic State terrorists are currently being held in Turkish prisons, while another 287 militants had been captured in northeastern Syria.

Apart from the jihadists who’re currently detained in Turkey, Syrian Kurdish forces are holding another 11,000 Islamic State terrorists in prisons in northeastern Syria. On top of that, tens of thousands of women and children – all family members of the IS terrorists – are being held by Syrian Democratic Forces (SDF) in the same region.