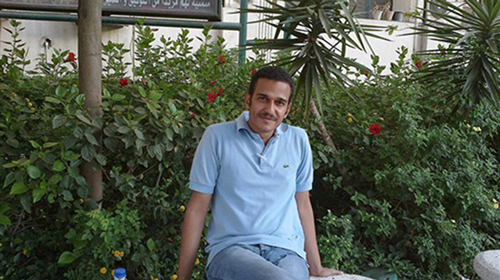 The Australian Coptic Movement Association (ACM) expresses deep concern over the ongoing detention of Ramy Kamel, a Coptic human rights activist in Egypt being falsely accused of trumped up charges including:

Several officers arrested Kamel at his Cairo home in the early hours of November 23, 2019. State security personnel have reportedly interrogated him for many hours.

Ramy has been accused of being a member of a “terrorist” group, receiving foreign funding, and spreading false misinformation.

These absurd charges appear to be designed to silence Kamel and all Coptic rights activists.

Ramy Kamel is a simple middle aged Egyptian who is not affiliated with any political parties or opposition groups. Ramy would report on the persecution of Copts in Egypt.

We are deeply alarmed by the arrest of Coptic activist Ramy Kamel. It is in Egypt’s (Government) best interest to respect freedom of speech by immediately releasing Ramy Kamel.

The Australian Coptic Movement Association Ltd (ACM) was founded in 2010.

The ACM is a community advocacy group that fights for human rights in Egypt by exposing the persecution suffered by Copts and other minorities. We also stand for greater political and civil liberties, and call for the justice and security of Coptic Christians.

ACM activities have included organizing rallies, cultural events, lobbying the Australian government to pass motions in the Federal and NSW Houses of Parliament, conducting letter-writing campaigns, releasing media statements, publishing material (including our own book) providing support to Coptic asylum seekers, and encouraging Copts to assimilate into the wider community.