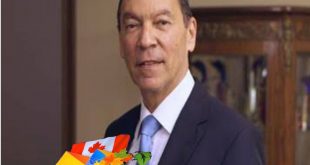 Oscar winner Matthew McConaughey has picked up another best actor award, this time for his performance in HBO’s True Detective.

He credited television with “raising the bar for character-driven drama”.

Fargo, inspired by the 1996 film, and prison comedy drama Orange Is the New Black dominated with three awards each.

FX’s Fargo – which is airing on Channel 4 in the UK – won the award for best mini-series, beating BBC dramas Dancing on the Edge, The Hollow Crown and Luther, as well as Bonnie and Clyde and American Horror Story: Coven.

Set inside a women’s prison, Orange in the New Black recently began its second series on Netflix

Double winner Allison Janney with Cedric the Entertainer, who hosted the awards

Orange Is the New Black won best comedy series, with additional awards for Kate Mulgrew, in the best supporting actress in a comedy category, and Uzo Aduba for best guest performer in a comedy.

Mulgrew shared her award with actress Allison Janney, who was honoured for her supporting role in comedy Mom. Janney – arguably best known for her long-running role in The West Wing – won a second award for best guest performer in a drama, with her turn in Masters of Sex.

“This has been an amazing year for me,” Janney told guests at the ceremony in Los Angeles on Thursday.

Top Gear’s The Stig character reportedly stormed out of the ceremony after the show lost out in the best reality series to Cosmos: A Spacetime Odyssey.