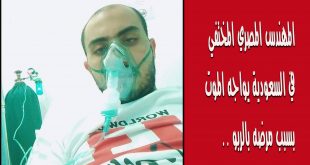 A campaign Publicized through social media demanding to know predestination of the disappeared Egyptian Engineer in Saudi since four months ago without unknown reasons.

The campaign content is “for  Mr. President of Republic,  for Majesty King of Saudi,

He spent time in Saudi then came back for marriage,  he spent only one month with his pride and traveled again to Saudi.

His brother received a message from king Khalid airport informing him that Engineer Hamada under arrest in the airport,  and he couldn’t contact him eventually.

Many attempts asking about the reasons of arresting with no answer and no one knows the place of detention until now.