Hodgson asks Gerrard to play on 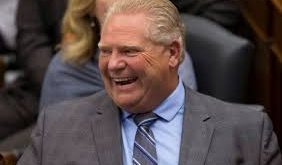 England manager Roy Hodgson has asked Steven Gerrard to stay on as a player and captain as the Liverpool midfielder ponders his international future.

He said: “The manager has asked me to stay. I spoke to him and said I’d need at least three weeks to clear my head.”

starting in Switzerland on 8 September.

“I will consider it long and hard and speak to the people who will guide me,” said Gerrard. “The first person who will know is Roy.”

It was the captain’s misjudged header that allowed Liverpool team-mate Luis Suarez to score Uruguay’s late winner in Sao Paulo as England were knocked out of Brazil 2014 after just two group games.

as Liverpool came up just short in their quest for a first title in 24 years.

Gerrard said it would be wrong for him to make a decision on his England future at such a “tough moment” and he would “grieve” and take a break with his family first.

He added: “In my head, I’ve got a mixture of emotions – frustration, pain.

“The season for Liverpool ended badly for me and the team. I was coming out of that, trying to get some positivity back in the World Cup.

“This is exactly what I didn’t want to happen but I’ve faced adversity before, played through it and stayed strong.”

in Belo Horizonte on Tuesday.

Gerrard added: “I’m more optimistic as an England player and fan now than I was after the Euros two years ago.

“I think we have got world-class players and I think we’ve got players with world-class potential. But these tournaments only come around every two years.

“We’re bitterly disappointed. It hurts. It’s killing me not to have any positives to speak about.”

Hodgson, meanwhile, described England’s early exit as the worst moment of his career.

The 66-year-old, who retains the

full backing of the Football Association,

said: “I lost a Uefa Cup final at Inter Milan and the Europa League with Fulham – that was pretty tough. And losing the job at Liverpool as well.

“I’ve had other moments but this is England, a job that means so much to me and so many other people, a massive job. So yes, this is the worst.”