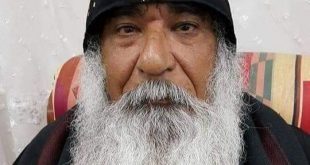 Defending champion Andy Murray will open play on Centre Court against Belgian David Goffin as Wimbledon gets under way on Monday.

last year, and he will return to the scene of his triumph at 13:00 BST.

“I don’t know how I’m going to handle the situation; no one does,” Murray told BBC Sport.

“It will be interesting for me to see how I deal with it.”

Top seed Novak Djokovic of Serbia and China’s Australian Open champion Li Na are also in action on day one, along with six other Britons.

All eyes will be on Centre Court, however, when Murray fulfils the tradition of all returning champions by getting play up and running in the famous arena.

The queue for show-court tickets began forming on Saturday, and at 08:30 BST on Sunday tournament officials announced that there were already more people in line than the 1,000 seats available.

Interest is predictably high as Murray prepares to become the first British man to return to the All England Club as champion since 1936, with Fred Perry – who also won at Wimbledon in 1934 and 1935 – missing out on defending his title in 1937 after turning professional.

“Firstly my mind will be focused on the match – getting ready for it, getting the tactics right – but the walk to the court will be different,” said Murray, who will play Goffin for the first time.

“I would expect to feel pride but also pressure and some nerves as well. I’m looking forward to it, its something I’ve never experienced before.”

Murray, 27, has not won a tournament since his Wimbledon victory last July, with back surgery in September proving to be the biggest interruption in his career to date.

The Scot is buoyed by an impressive record on grass, and especially at the All England Club, where he has reached the final for the last two years and the semi-finals for the last five.

“If you’ve done it once, there is no reason you can’t do it again,” he said.

“Each year I’ve played at Wimbledon, I’ve got better. It’s been slow but steady progress.

“Obviously it’s going to be tough to top winning the tournament but, if I can play like I did last year, I’ll definitely be in with a chance.”

Goffin, 23, is ranked 104 in the world and has won just two matches at Wimbledon, with his best Grand Slam effort a fourth-round place at the French Open in 2012.

If Murray is a heavy favourite to progress, the other six Britons in action on Monday are all outsiders in terms of rankings.

is the only one to make it into the draw without requiring a wildcard and she faces Shuai Peng, the world number 60 from China, while
Naomi Broady

will have high hopes against Andrey Kuznetsov, ranked 30 places above him at 114, while
James Ward


fresh from her run to the semi-finals in Eastbourne,

gets her campaign under way against Ajla Tomljanovic on Tuesday.