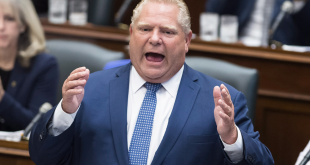 Police in Pakistan have fired tear gas to disperse hundreds of supporters of a prominent anti-government cleric in the capital, Islamabad.

Crowds had gathered at the city’s airport to welcome Tahirul Qadri from Canada where he lives, but his flight was diverted to Lahore.

He says he plans to lead a peaceful revolt against PM Nawaz Sharif.

At least eight people were killed last week when police in Lahore used live ammunition against his followers.

Police had sealed off roads to Islamabad airport but some of the cleric’s supporters – chanting “Islamic revolution” and “long live the army” – managed to break through the security cordon.

“We just want to give a peaceful welcome to our leader but they pounded us with tear gas,” said one protester, Reuters news agency reported.

Mr Qadri’s flight was rerouted to Lahore “to ensure the safety of the passengers and aircraft”, a spokesman for Pakistan’s Civil Aviation Authority told AFP news agency.

The daily Emirates flight EK612 from Dubai had approached the Pakistani capital to land but passengers found themselves circling overhead before being diverted several hundred kilometres east.

The cleric’s return comes at a tense time, with the military on the offensive against militants in tribal areas bordering Afghanistan after a failed government peace initiative.

There is widespread suspicion in Pakistan that Mr Qadri’s intervention is being encouraged by Pakistan’s powerful military, following recent tensions with the prime minister, says the BBC’s Andrew North in Islamabad.

Are you in Pakistan? What do you think of Mr Qadri? You can contact us by emailing [email protected] using “Qadri” in the subject title.

Alternatively you can get in touch using this form: