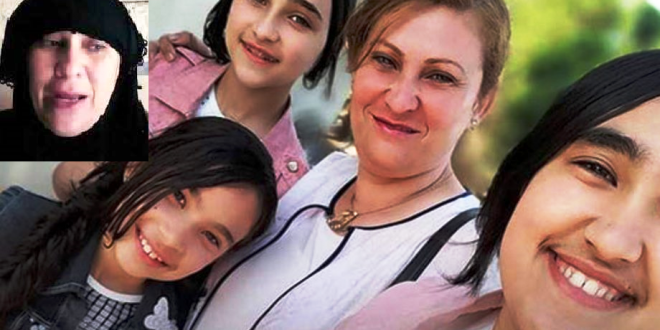 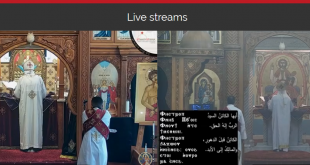 A Coptic woman, Ranya Abd al-Masih (“servant of Christ”), 39, disappeared in Egypt on April 22, 2020, only to resurface days later in a recorded video. Ranya was dressed in a black niqab for the video, claimed to have converted to Islam, and did not want contact with her family. During the past few weeks alone, at least four other females, including minors (aged below 18) are reported

Kidnapping of Coptic women and girls has been an ongoing phenomenon in Egypt, with more intensification in the last decade. Hundreds of victims, including those disappeared, lured or blackmailed, have been reported. Some completely disappear, and others reappear only after claiming to have converted to Islam.

The process of kidnapping, forcibly converting and marrying Coptic women to Muslims is widely known to be organized and financed by Salafist and other Islamist groups who operate under the implicit support of state organs, including security. A former kidnapper associated with these networks admits that kidnappers get paid for every Coptic girl they abduct. Uncounted numbers of complaints, protests and pleadings made over the years have fallen and continue to fall on the deaf ears of government. This alone clearly shows that Egyptian authorities, at various levels, are fully implicated in this ongoing heinous crime against humanity.

Coptic Solidarity holds the Egyptian government fully responsible for refusing to put an end to this untenable situation. Needless to say, if a reverse case were to take place—a Muslim woman converting and/or running away with a Christian man—Egypt would literally be on fire, with mobs attacking even unrelated Copts, and the authorities rushing to arrest scores of innocent Copts. In Egypt it seems that the notion of the state’s responsibility to protect and treat all citizens equally is totally absent. It is time to understand that the rule of law is meaningless unless applied equitably to all citizens, regardless of religion or race.

Unlike in Western countries, conversion in Egypt has many serious and legal consequences since religious affiliation appears on all formal documents. Once an individual has converted to Islam, it is extremely difficult, if not impossible to change one’s national ID back to the original faith. The religious identification determines the religious education that the individual’s children receive, as well as all family related laws, such as marriage, custody, divorce, inheritance and more. Honor killings are often encouraged and tolerated for those who choose to leave Islam—albeit secretly. For this reason, conversion can be a very real life and death decision in Egypt.

We fully support freedom of conscience and belief for all. But, in the absence of equality under Egyptian law, Coptic Solidarity demands that president el-Sisi intervenes to establish a new policy whereby minors are not permitted to convert and that majors may not be allowed to formally convert unless: 1) The intended convert has the opportunity to meet privately with their family and confirm their conversion as sincere—away from external threats and pressure; and 2) The intended convert can be interviewed by an independent panel composed of members of the national Human Rights Council or other such bodies to ensure no coercion is causing the individual to convert.

Coptic Solidarity is an organization seeking to help minorities, particularly the Copts of Egypt. We support those in Egypt working for democracy, freedom, and the protection of the fundamental rights of all Egyptian citizens, and advocate in cooperation with the affiliated organizations in Canada and in Europe (Solidarité Copte). For more information, contact Lindsay Griffin at 801-512-1713 or [email protected] 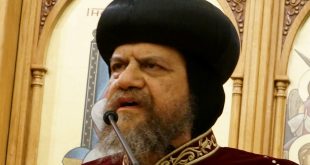 H.E. Metropolitan Serapion’s massage to the Priests of the Diocese of Los Angeles