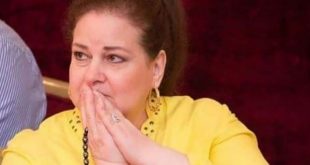 US President Barack Obama has urged his Russian counterpart Vladimir Putin to stop the flow of weapons into Ukraine and halt support for separatists.

The White House said that in the phone call Mr Obama warned of further sanctions if Moscow failed to act.

The Kremlin says Mr Putin urged direct talks between Kiev and the rebels in the east. Russia denies arming them.

The separatists have said they will observe a truce initiated by Ukrainian President Petro Poroshenko.

The week-long ceasefire – part of a 15-point peace plan announced by Mr Poroshenko last week – is due to expire on Friday.

Late on Monday, White House spokesman Josh Earnest told reporters: “The president spoke to President Putin and once again urged him to support peace instead of allowing the provision of arms and materiel across the border and continuing support for militants and separatists who are further destabilising the situation in Ukraine.”

“Russia will face additional costs if we do not see concrete actions to de-escalate the situation,” he said.

The US and EU have already imposed a number of sanctions, including visa bans and asset freezes on Russian officials, after Moscow annexed the Ukrainian region of Crimea in March.

Washington said last week that a number of Russian tanks and armoured personnel carriers had crossed the border into the east of Ukraine.

The Russian government has strenuously denied that any of its tanks crossed the border into Ukraine.

On Monday, the US State Department said Washington also had new information that tanks were being readied at a site in south-western Russia to be sent into Ukraine.

As diplomatic efforts to ease the crisis continued, US Vice President Joe Biden spoke to President Poroshenko in a phone call on Monday, telling him that the US would continue to strongly support his peace plan, the White House said.

Monday’s rebel announcement was made in Donetsk by Alexander Borodai, a leader of the self-styled “Donetsk People’s Republic” which is defying Kiev.

The high-level talks involved representatives of the other breakaway region – Luhansk – and Viktor Medvedchuk, an opponent of the Kiev authorities who is close to President Putin.

Russia’s Ambassador Mikhail Zurabov was also there, along with former Ukrainian President Leonid Kuchma, who is seen as a mediator for President Poroshenko. European mediators from the OSCE security organisation also participated.

Rebels say they will not disarm until Ukrainian government troops have left the east. Militants still control key government buildings across Donetsk and Luhansk regions.

“The ceasefire will take effect as announced earlier – until 10:00 (07:00 GMT) on 27 June,” Mr Borodai said, referring to President Poroshenko’s declaration on Friday.

“During that time there will be ceasefire monitoring by Russia and the OSCE.

“We hope that during the ceasefire both sides will manage to reach agreement and start consultations on how to proceed with talks and a peace settlement.”

The crisis is expected to be high on the agenda of an EU summit in Brussels on Friday, where European leaders could announce further sanctions against Russia if they deem Moscow’s response to the peace plan to be inadequate.

Friday will also see the signing of a key EU-Ukraine association agreement – a far-reaching partnership deal which lies at the origin of the Ukraine crisis.

The refusal of former Ukrainian President Viktor Yanukovych to sign the agreement last November, under heavy Russian pressure, triggered massive pro-EU street protests which forced him out of office.

Are you in Ukraine? How have you been affected by the unrest? You can email your experiences to [email protected], using the subject line ‘Ukraine’.

Or you can send your experiences using the form below.