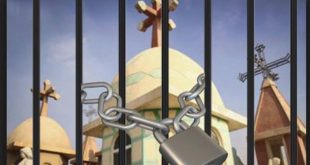 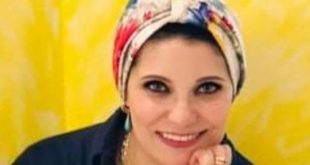 Meriam Ibrahim gave birth to a baby daughter in prison

The Sudanese woman freed from death row has been accused of forging official documents to leave the country, her lawyer has told the BBC.

Meriam Ibrahim was detained on Tuesday, a day after a court released her, annulling the death sentence imposed on her for renouncing the Islamic faith.

Mrs Ibrahim had emergency travel documents issued by South Sudan when she was detained at Khartoum’s airport.

Mrs Ibrahim had reportedly planned to travel to the US with her family.

She was sentenced in May to hang for renouncing Islam, sparking an outcry at home and around the world.

She gave birth to a girl while on death row.

The US says it is working with Sudan to ensure Mrs Ibrahim, 27, is freed.

She was detained along with her husband, Daniel Wani, a US citizen, and their two children.

Mrs Ibrahim is being held at a police station in Khartoum, Sudan’s capital, he said.

South Sudan’s embassy in Khartoum says the travel documents are genuine – her husband is a Christian originally from South Sudan.

Daniel Wani visited his children at the prison near Khartoum

The couple got married in a church after meeting in 2011

Mrs Ibrahim’s husband and children are believed to be staying at the embassy, reports the BBC’s Mohamed Osman from Khartoum.

They had been detained at the airport with Mrs Ibrahim, but were later released.

With Sudan’s intelligence agency now involved, Mrs Ibrahim’s case is likely to be more difficult and complicated to resolve, our correspondent says.

Earlier, Sudanese foreign ministry official, Abdullahi Alzareg, said that Mrs Ibrahim was Sudanese and should not have been using another country’s travel document, stamped with a US visa.

“She came to the airport in an American embassy car – which was bullet proof and heavily guarded,” Mr Alzareg told the BBC’s Newshour programme, describing this as “fishy”.

“Everyone knows she is Sudanese. We know she is Sudanese… imagine a British citizen trying to travel wherever, appearing at the airport carrying an emergency document from Costa Rica. This is a violation of immigration law anywhere in the world,” he said.

Mrs Ibrahim would be asked to apply for a passport and exit visa on her release, Mr Alzareg said.

Sudan has a majority Muslim population, and Islamic law has been in force there since the 1980s.

Even though Mrs Ibrahim was brought up as an Orthodox Christian, the authorities considered her to be a Muslim because that is the religion of her father.