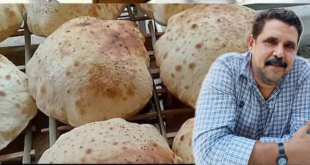 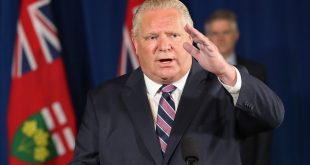 Uruguay’s Luis Suarez says he lost his balance and did not bite Italy’s Giorgio Chiellini at the World Cup.

and nine international matches for biting Chiellini in a group match on Tuesday.

Uruguay have told Fifa they intend to appeal against the decision.

“I lost my balance, making my body unstable and falling on top of my opponent,” wrote Suarez in his defence to Fifa.

“Uruguay coach Oscar Tabarez claimed Luis Suarez’s punishment was of ‘excessive severity’ and pointed the finger at the British media for pursuing the story, saying: ‘I don’t know what their nationality was but they all spoke English.’

“Tabarez went on to expound ‘the theory of the scapegoat’ before announcing his resignation from Fifa’s technical study group in protest at the sanctions taken against Suarez.”

“At that moment I hit my face against the player leaving a small bruise on my cheek and a strong pain in my teeth.”

In a Fifa disciplinary committee document, the Liverpool striker added: “In no way it happened how you have described, as a bite or intent to bite.”

However, a seven-man Fifa panel concluded that the bite was “deliberate, intentional and without provocation”.

In its reasoning for the severity of the ban, Fifa added: “At no time did the player show any kind of remorse or admit to any violation of Fifa rules and therefore showed no awareness of having committed any infraction.”

Uruguay lodged their intention to appeal on Friday and have until next Sunday to submit a full written appeal.

Suarez has now returned to his homeland and is unavailable for

Fans gathered outside Suarez’s home to show their support and the player has thanked them for their backing.

“Hello everyone. I’m writing this message to say thank you to everybody for the support and affection I’ve been receiving.

“My family and I are very grateful for it. Many thanks for being by my side and I want everyone to support my team-mates in the game against Colombia.”

The fall-out from his ban

Uruguay coach Oscar Tabarez has also said he will resign from two Fifa posts in protest at Suarez’s treatment.

Suarez has also lost his role as a worldwide ambassador of online gambling firm 888poker, which said

it had “decided to terminate its relationship”

There is a question mark over the player’s future at Liverpool and, despite his suspension from the game, Barcelona are still believed to be interested in signing him.

And although Fifa general secretary Jerome Valcke says that Suarez should seek help during his suspension, defender Chiellini has stated he believes the ban is “excessive”.

For the best of BBC Sport’s in-depth content and analysis, go to our