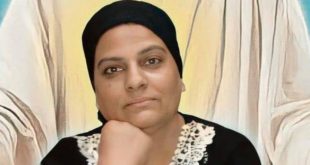 Lieutenant General Anwar Hama Amin: ”We are in dire need of these aircraft during this difficult time”

Iraq says it has received the first batch of fighter jets it ordered from Russia to help it as it fights an offensive by Sunni rebels.

The insurgents control large swathes of the north and west after a string of attacks over the past three weeks.

On Saturday, the government said it had retaken the northern city of Tikrit, but rebels dispute this.

Recapturing Tikrit is a tantalising prospect for Iraq, as the BBC’s Paul Adams reports

State television said 60 militants had been killed and that preparations were now being made to move north towards rebel-held Mosul.

The rebels confirmed there had been heavy fighting in the city they took on 11 June, but implied the attack had failed, saying they were pursuing what was left of the army offensive.

Iraq’s ministry of defence said the deal with Russia “was aimed at increasing the firepower of the air force and the rest of the armed forces in order to fight terrorism”.

Iraq’s prime minister, Nouri al-Maliki, told the BBC last week that his government had signed a deal with Russia and Belarus to supply jet fighters. The deals are reportedly worth up to $500m (£293m).

Iraq’s air force has struggled to impose itself against the militants, led by the Islamic State in Iraq and the Levant (Isis). Reports say the air force has run out of certain air-to-ground missiles.

Iraqi military sources have said the offensive on Tikrit – the mainly Sunni hometown of former leader Saddam Hussein – is being co-ordinated with American military advisers.

However, although the US has confirmed it is flying armed drones in Iraq to protect US personnel on the ground, US officials say the 300 military personnel they sent to aid the government are not directly involved in the hostilities.

Meanwhile, Iraq’s most influential Shia cleric has called for a prime minister to be appointed by Tuesday to try to defuse the country’s political crisis.

Grand Ayatollah Ali al-Sistani said key positions should be agreed before the new parliament meets then. Pressure has been building for a national unity government.

Prime Minister Nouri Maliki wants a third term, though correspondents say he is seen by many as having precipitated the crisis through sectarian policies that have pushed Iraq’s Sunni minority into the hands of Isis extremists.

Are you in the area? What is your reaction to the current situation? Email your views to [email protected] with the word ‘Iraq’ in the subject heading.

Or complete the form below.