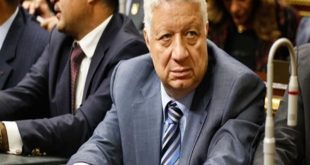 A flyover has collapsed on to vehicles in the Brazilian World Cup host city of Belo Horizonte, killing two people.

The concrete and steel bridge, which was under construction, fell on to traffic on a busy highway.

The front of a commuter bus was crushed along with two apparently unoccupied construction lorries. A car was also reported crushed.

The south-eastern Brazilian city is due to host a football World Cup semi-final match next week.

The health department of the state of Minas Gerais, of which Belo Horizonte is the capital, said the bus driver and another person were killed, and 22 other people were injured.

Authorities said they had not yet reached a small passenger car that was flattened by the collapse. It was not known if anyone was inside the car but officials said they would be working through the night to try to free it.

Brazilian President Dilma Rousseff said on Twitter that it was “with sadness” that she found out about the accident, and she offered her “solidarity to the victims’ families”.

Belo Horizonte Mayor Marcio Lacerda visited the scene of the accident and declared three days of mourning for the two victims, the city government said in a statement.

The construction firm that was responsible for building the flyover, Cowan, said it “deeply regrets what happened”.

“At the moment, the priority is to support victims and their families,” it said in a statement.

The company said technical staff had been sent to the scene to start investigations.

“When I saw the flyover falling down, I feared the worst would happen, that the bridge would turn on top of our bus,” Renata Soares, who said she was sitting at the back of the yellow bus that was crushed, told Brazil’s GloboNews.

Another witness speaking to the channel, Daniel Magalhaes, said that the moment the bridge collapsed felt “like an earthquake. The ground shook violently. I heard a very loud bang”.

The scene of the accident is near the busy district of Lagoa da Pampulha and the Mineirao Stadium, which has played host to several World Cup matches.

A resident of the city, Diego Siqueira, told the BBC that people in Belo Horizonte were “not surprised” by the accident.

“Every World Cup infrastructure construction was delayed until the last year and they started to build it so fast and without quality,” he complained.

Brazil’s preparations for the World Cup have been marred by accidents and missed deadlines. At least seven people were killed working on stadiums prior to the start of the tournament.

Last month, a worker was killed after a beam fell during construction of a monorail in Brazil’s biggest city, Sao Paulo.

The authorities have denied allegations that corners have been cut to get projects finished on time for the football tournament.

Are you in the area? Email us at [email protected] adding ‘Belo Horizonte’ in the subject heading and including your contact details.