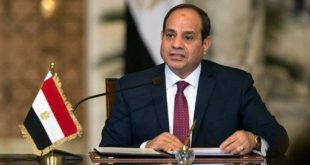 India’s new government is lifting some caps on foreign investment, tightening borrowing limits and plans to introduce a goods and services tax as part of what it calls a “budget for growth”.

The budget is also expected to contain measures designed to slow inflation.

Despite the bold proclamations of policy and ambition, it’s a budget that is taking small steps to cure the long-standing issues of the deficit and inflation”

“We shall leave no stone unturned in creating a vibrant and strong India,” Mr Jaitley told reporters ahead of presenting the budget.

Later, Mr Jaitley told the parliament that Asia’s third largest economy would grow at rate of 7-8% within three to four years, and announced that his government would increase caps on foreign investment in defence and insurance sectors to 49% from 26%.

“We cannot leave behind a legacy of debt for future generations,” he said.

Mr Jaitley also spoke about plans to introduce a goods and services tax (GST) this year.

He also said the government planned to sell an unspecified amount of shares in debt-laden state-owned banks, which are in need of fresh equity.

Other highlights of the budget include earmarking $1.13bn (£690m) to build 100 “smart cities” and plans for more targeted food and petroleum subsidies.

Shubhada Rao, chief economist of Yes Bank, told Reuters that the budget was a “good beginning”.

“Fiscal consolidation is a strong takeaway. Foreign direct investment in insurance and defence and the plethora of schemes for improving the rural economy with all round focus on development programmes, are a key thrust,” Ms Rao said.

The BBC’s Soutik Biswas in Delhi says the new government has shown its ambition to fix India’s precarious finances, tame inflation and usher in growth.

However, it will largely depend on sufficient monsoon rains to spur domestic farm growth, and external factors like the global economy and price of oil, our correspondent says.

A government survey, published on Wednesday, said the country’s fiscal situation was worse than it appeared.

The report forecast GDP growth of between 5.4% and 5.9% in 2014-15, but warned that weak monsoon rains, which are essential for farming, could keep growth closer to 5.4%.

Last year, credit ratings agency SP warned there was a one-third chance of a downgrade of India’s credit rating to “junk” without a big improvement in the fiscal deficit and in implementing reforms.

Mr Modi won a landslide general election victory in May with a pledge to boost growth and create jobs for the one million people who enter India’s workforce every month.

Are you in India? What are your hopes for the federal budget? You can email your experiences to [email protected], using the subject line ‘India budget’.