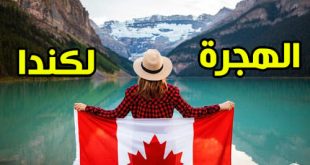 Desmond Tutu has said he would support assisted dying for the terminally ill.

Writing in The Observer he said he reveres “the sanctity of life but not at any cost”.

He also suggested that prolonging the life of Nelson Mandela had been an “affront” to his dignity.

His comments follow a U-turn by former Archbishop of Canterbury Lord Carey, who also said he would support assisted dying for the terminally ill.

The Church of England (CofE) has called for an inquiry into the issue.

I think a lot of people would be upset if I said I wanted assisted dying. I would say I wouldn’t mind actually”

In his column the 82-year-old retired Anglican Archbishop of South Africa said: “I think when you need machines to help you breathe, then you have to ask questions about the quality of life being experienced and about the way money is being spent.”

He also described as “disgraceful” how former South African leader Nelson Mandela was kept alive with intensive hospitalisation in the final stages of his life and was photographed with various visiting politicians.

He said: “You could see Madiba [Nelson Mandela] was not fully there. He did not speak. He was not connecting. My friend was no longer himself. It was an affront to Madiba’s dignity.

“Yes, I think a lot of people would be upset if I said I wanted assisted dying. I would say I wouldn’t mind actually.”

He said: “I have been fortunate to spend my life working for dignity for the living. Now I wish to apply my mind to the issue of dignity for the dying. I revere the sanctity of life – but not at any cost.”

His comments follow those of Lord Carey, who wrote in the Daily Mail that he had dropped his opposition to the Assisted Dying Bill – due for debate in the House of Lords on Friday – “in the face of the reality of needless suffering”.

“The fact is that I have changed my mind. The old philosophical certainties have collapsed in the face of the reality of needless suffering,” he wrote.

What is the current law on assisted dying around the UK?

The 1961 Suicide Act makes it an offence to encourage or assist a suicide or a suicide attempt in England and Wales. Anyone doing so could face up to 14 years in prison.

The law is almost identical in Northern Ireland. There is no specific law on assisted suicide in Scotland, creating some uncertainty, although in theory someone could be prosecuted under homicide legislation.

Have there been any previous attempts to change the law?

There have already been several attempts to legalise assisted dying, but these have been rejected.

The Commission on Assisted Dying, established and funded by campaigners who have been calling for a change in the law, concluded in 2012 that there was a “strong case” for allowing assisted suicide for people who are terminally ill in England and Wales.

But the medical profession and disability rights groups, among others, argue that the law should not be changed because it is there to protect the vulnerable in society.

What is the situation abroad?

In other countries, such as Belgium, Luxembourg and the Netherlands, legislation has been introduced to allow assisted dying. France is considering a possible introduction of similar legislation, although there is opposition from its medical ethics council.

However, the current Archbishop of Canterbury, Justin Welby, regards the Assisted Dying Bill as “mistaken and dangerous” and the Church of England (CofE) wants to see an inquiry into the issue.

The Church said a Royal Commission would include expert opinion and could carefully assess the various arguments.

It believes the current bill should be withdrawn to allow that inquiry to take place – a call rejected by Lord Falconer, the Labour peer who tabled it.

Some 110 peers are already listed to speak in the House of Lords when the bill is debated on Friday.

Desmond Tutu has pointed out that the debate will take place on Mandela Day, which would have been the former South African president’s 96th birthday.