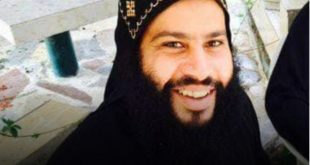 Pte Manning has been diagnosed with gender dysphoria

The US military will begin treatment for US document leaker Chelsea Manning for her gender-identity condition.

The move came after the bureau of prisons rejected the Army’s request to transfer her from a military facility.

She is serving a 35-year sentence for leaking classified files to Wikileaks.

Pte Manning has been diagnosed by military doctors with gender dysphoria, the sense of one’s gender being at odds with the sex assigned at birth.

Following her conviction in July 2013 on 20 charges in connection with the leaks of military and diplomatic documents, Pte Manning requested treatment including hormone therapy, and to be allowed to live as a woman.

A lawyer for Pte Manning threatened in May to sue the Army if she was not given sex change therapy in military prison.

Nancy Hollander argued the military had an obligation to treat the soldier’s “transgender issues”, and she would not be safe if transferred to a civilian prison for treatment there.

Ms Hollander told the BBC that Pte Manning had not suffered harassment at the military prison at Fort Leavenworth, Kansas, even though her fellow inmates knew she was transgender.

Pte Manning changed her name from Bradley in April

In April, a judge granted her petition to change her name legally from Bradley to Chelsea, and according to a court filing by Pte Manning’s legal team, a military doctor at Fort Leavenworth had approved a treatment plan by November 2013.

The US military is required to offer medical treatment to its soldiers, but Pentagon policy prohibits transgender people from serving openly in the military.

Pte Manning will not be discharged from the military until she has finished her prison term.

Defence Secretary Chuck Hagel said earlier the policy on transgender service members should be “continuously reviewed” but has not said whether he believes the policy should be overturned.

A previous study by the Palm Center estimated there were 15,000 transgender US military members and 130,000 veterans.