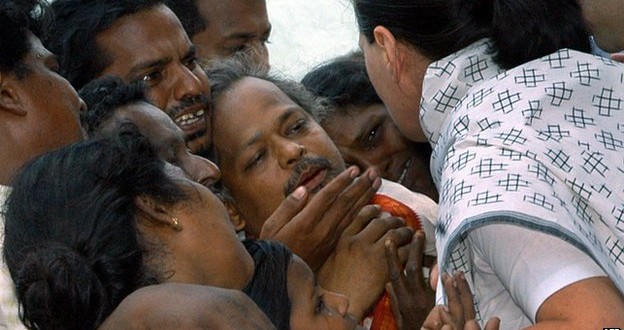 A court in India has sentenced 10 people to jail for a school fire in 2004 in which 94 children were burnt alive in southern Tamil Nadu state.

The owner of the school at Kumbakonam was sentenced to life in prison.

Four others convicted, including the headmistress and the principal, were jailed for 10 years each.

The fire started in the kitchen where food was being cooked to be distributed among the children as part of the free Mid-Day Meal scheme.

It soon spread and the school’s thatched roof caught fire.

Some 200 children, between eight and 10 years, were trapped in a classroom and eyewitnesses said that before they could leave, the roof fell on them like a ball of fire, blocking their escape down the one narrow staircase.

Besides the 94 who were charred to death, dozens of others were injured, some of them seriously.

Many parents were unable to recognise their children as many of the bodies were burned beyond recognition.

The crowded 900-student private school was sandwiched between two residential houses on a congested street. It had a single entrance and a narrow stairway.

Fire-fighters had to use heavy equipment to smash the walls of the building to get to the bodies.

Twenty-one people were charged and tried in the case.

On Wednesday, 11 of them were acquitted by the court in the southern town of Thanjavur. Four others of the 10 convicted were jailed for five years while a fifth was sentenced to two years.

The tragedy highlighted poor fire regulations in India, where correspondents say repeated promises to improve safety measures have not been fulfilled.