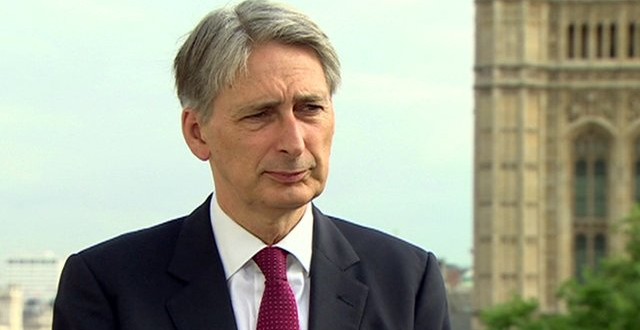 UK Foreign Secretary: “Ebola is something we need to respond to.”

The Ebola virus, which has killed more than 670 people in West Africa, poses a threat to the UK, Foreign Secretary Philip Hammond has told the BBC.

He said he would chair an emergency Cobra meeting on the issue later.

Mr Hammond said no Britons had been affected so far and there were no cases in the UK, but the government was viewing the outbreak very seriously.

Earlier this month Public Health England issued an alert to UK doctors to be aware of Ebola’s symptoms.

Several West African airlines have now stopped flying to Liberia and Sierra Leone amid concerns about the spread of the disease to those countries from Guinea.

The move by airlines comes after an infected American man of Liberian descent was found to have flown from Liberia to Nigeria last week. He developed symptoms during the flight.

This is the final resting place of the latest victim of Ebola: a four-month-old baby boy called Faya.

He caught the virus from his mother, who died a few weeks earlier. His is the 20th anonymous grave in this dark and lonely clearing.

“I was there with him just before he died,” says Adele Millimouno, a Medicines Sans Frontieres (MSF) nurse recruited from a nearby village.

“I had been feeding him milk. I stepped away, just for a short break, but then I was called back and he was dead. I was totally devastated.”

Mr Hammond told BBC News the government was “absolutely focused” on tackling the threat posed by the Ebola virus, including looking at “whether there are precautions we need to take – either in the UK or to protect our nationals in the area abroad”.

“At the moment we don’t think any British nationals [abroad] are affected and we are fairly confident there are no cases in the UK,” he said.

“But it is a threat, it is something we need to respond to and we will be doing so through the Cobra mechanism.”

A Public Health England spokeswoman said the alert sent to UK doctors on 1 July had advised them to be aware of the symptoms of Ebola, especially in people who had recently returned from the region.

“Individuals who have sudden onset of symptoms such as fever, headache, sore throat and general malaise within 21 days of visiting affected areas should receive rapid medical attention, and be asked about potential risk factors and their recent travel,” it said.

It also reminded doctors that there has never been an Ebola outbreak in Europe.

Neither the World Health Organization or the UK Foreign Office are recommending any travel restrictions to Guinea, Liberia or Sierra Leone.

The Department of Health said a man had been tested for Ebola in Birmingham but tests for the virus had proved negative.

A spokeswoman said protecting the public from infectious diseases was a priority and the UK l”ead the world in this field”.

“We are well-prepared to identify and deal with any potential cases of Ebola, though there has never been a case in this country,” she said.

“Any patients with suspected symptoms can be diagnosed within 24 hours and they would also be isolated at a dedicated unit to keep the public safe. Our specialist staff are also working with the World Health Organisation to help tackle the outbreak in Africa.”

Earlier, the government’s chief scientific adviser Sir Mark Walport told the Daily Telegraph Ebola was a threat because of how “interconnected” the world was now.

Sir Mark said: “Emerging infectious disease is a global grand challenge. We were lucky with Sars. But we have to do the best horizon scanning.”

Doctors have been told to remain vigilant for possible cases of Ebola “imported” to the UK.

The medical director of Public Health England said it was “unlikely but not impossible” that travellers infected in West Africa could develop symptoms on their return. According to Dr Ben Neuman, a virologist at Reading University, the chance of the virus spreading in the UK was “very, very small”.

He said border staff are already trained to deal with illnesses of this kind, and anyone showing signs of fever from an outbreak area would be stopped, quarantined and treated in containment facilities if the infection were confirmed.

He said the virus itself is “delicate and inefficient – you have to pick it up from bodily fluids”. But he said it was sensible to be prepared, given the situation in West Africa.

Elsewhere, Dr Brian McCloskey, director of global health at Public Health England, said the outbreak was “clearly not yet under control” in West Africa.

He added: “The risk to UK travellers and people working in [affected countries] of contracting Ebola is very low but we have alerted UK medical practitioners about the situation in West Africa and requested they remain vigilant for unexplained illness in those who have visited the affected area.”

In that time local people had been looking after the sick and carrying out burials, which could actually help to spread the virus, she said.

Ebola kills up to 90% of those infected, but patients have a better chance of survival if they receive early treatment.

The outbreak – the world’s deadliest to date – was first reported in Guinea in February. It then spread to Liberia and Sierra Leone.

Are you affected by the issues raised in this story? Are you in West Africa or do you have family there? You can send your experiences to [email protected] using ‘ebola’ in the subject.

Alternatively, use the form below.