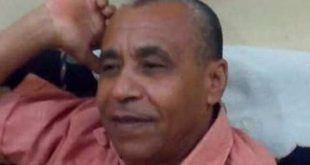 Eyewitnesses said the shark leapt out of the water twice

Surfers at a competition in New South Wales were in for a surprise when they found themselves in the company of a large spinner shark.

Spectators saw the shark leaping in and out of the water near Coffs Harbour, close to the surfers and swimmers.

The moment was caught on camera by local resident Steph Bellamy, who said the shark “photobombed” her picture.

Surfers evacuated the sea for 10 minutes before resuming the contest, she said, adding that no one was hurt.

Ms Bellamy said she was taking a photo of the competition when she saw a splash.

“It breached [the surface] once, and it breached again, and that was the shot that I got. It was all in the blink of an eye.

“I could hear people asking ‘What was that?’… I didn’t realise it was a shark until I zoomed in on the picture.”

She added that it was unusual for a shark to swim so close to the coast.

She showed the picture to the announcer on the viewing deck, who “got everyone out of the water”.

“They stayed on the beach for about 10 minutes, and then went back in and continued surfing,” she said.

No one was afraid, Ms Bellamy added. “Everyone was just sort of blown away by it – and everybody wanted a picture of the shark.”

“There was no immediate danger, because the shark was obviously chasing a fish, and certainly wasn’t interested in our girls out there – thank God!”

The photo has been examined by officials at the New South Wales Department of Primary Industries (DPI).

A DPI spokeswoman told the BBC that scientists had identified the shark as a spinner shark.

Spinner sharks are generally found north of Jervis Bay, and can reach a maximum length of 280 cm (9ft).

Ms Bellamy said her photo had been widely shared since Sunday, and the response had been generally positive, although some people had accused her of digitally altering the image.

“That cracks me up – I’m a 47-year-old mum who wouldn’t know how to Photoshop to save my life!” she said.