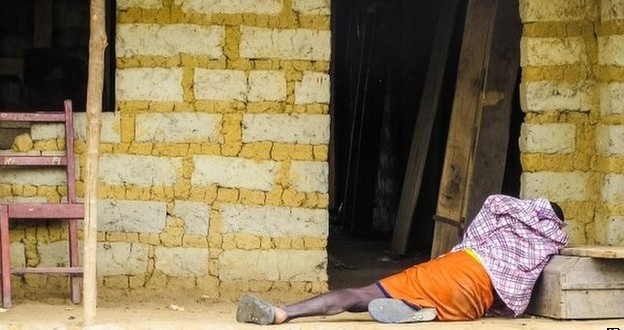 Sierra Leone is struggling to contain the deadliest-ever Ebola outbreak

Sierra Leone has overtaken neighbouring Liberia as the country with the highest number of Ebola cases, the latest World Health Organization figures suggest.

Its latest estimate of the cumulative number of cases since the start of the outbreak in March now stands at 7,780 in Sierra Leone and 7,719 in Liberia.

In Guinea, the figure is 2,283. The virus has killed more than 6,300 people in the three West African countries.

Just over half the reported deaths have been in Liberia, the WHO says.

On Monday, the organisation said its 60-day goals for tackling Ebola – treating 70% of patients and burying 70% of victims by 1 December – had been largely met in the three countries at the centre of the outbreak.

However it also said that the treatment figure in Sierra Leone had fallen below the mark.

The West African outbreak of Ebola is the deadliest ever.

The virus, which was first identified in 1976, causes vomiting, diarrhoea and bleeding.

People are infected through direct contact with the bodily fluids of a person who has the virus or has died from Ebola.