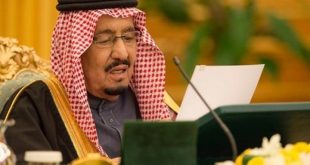 The virtual currency can now be used to add funds to Microsoft accounts that can then be spent on a variety of Microsoft services.

The cash can be used to buy content such as games and videos on Xbox game consoles, add apps and services to Windows phones or to buy Microsoft software.

Microsoft is the latest in a series of big firms to back bitcoins.

Microsoft made no formal announcement about its backing of bitcoins. Instead, it added a page to its customer support pages detailing how the virtual cash could be used to top up a Microsoft account.

Currently bitcoins can only be used by customers in America. In addition, bitcoins must be used in fixed amounts.

Bitcoins are slowly making their way into mainstream businesses, and now Paypal, Dell, Expedia, Newegg and many other firms accept payments made with them.

Many of those involved in the global Bitcoin community engage in “mining”, which both generates the codes for individual bitcoins and verifies who has spent what.

Since then their value has dropped steadily and each one is now worth about £228 ($357).