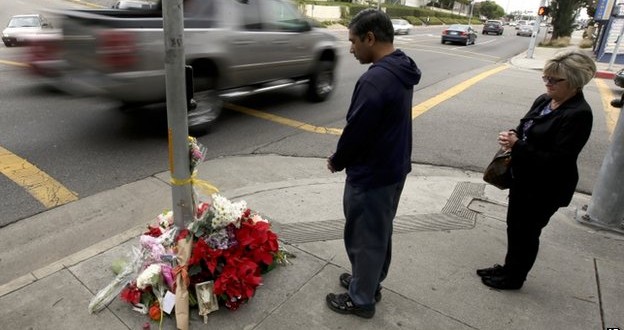 A young boy has become the fourth fatality after a motorist slammed into a crowd outside a California church.

Samuel Gaza, 6, died from his injuries in hospital. His mother, Martha Gaza, also died after the incident.

The driver, Margo Bronstein, is expected in court on charges of vehicular manslaughter and suspicion of driving under the influence.

Ms Bronstein drove into a crowd and another car outside a church, injuring a dozen people including five children.

Margo Bronstein will appear in court in coming days

Ms Bronstein, 56, sped around another vehicle at a red light and struck the crowd before hitting another car, police say.

Those in the crowd had left a Christmas programme at St James Catholic Church in Redondo Beach.