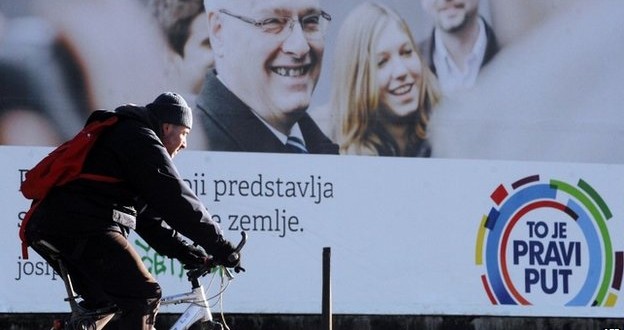 The elections come amid continuing problems for Croatia’s economy

Croatians are electing a new president, with the poll seen as a test for the main political parties.

The incumbent, Ivo Josipovic, is one of four candidates. He was nominated by the governing coalition.

The other three are Kolinda Grabar-Kitarovic, from the main opposition party, right-winger Milan Kujundzic and activist Ivan Vilibor Sincic.

The president has a largely ceremonial role, but has a say in foreign policy and is head of the army.

Croatia is the newest member of the European Union, joining in July last year.

But its economy has struggled, and is now entering its sixth year of recession. Parliamentary elections are expected to be held towards the end of next year.

If none of the four candidates wins more than 50% of the vote, there will be a runoff in two weeks time.