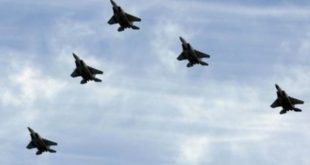 The Venezuelan economy has entered recession, after contracting for the third consecutive quarter.

The Central Bank announced that the economy had shrank by 2.3% in the third quarter of the year.

President Nicolas Maduro said the Venezuelan economy had been affected by political instability and dropping oil prices in international markets.

Mr Maduro accused the United States of flooding the markets with oil as part of an economic war against Russia.

The central bank also said inflation had reached 63.6% in the 12 months to November, one of the highest rates in the world.

“The details will be extensively explained after the New Year’s greeting,” Mr Maduro told reporters.

Mr Maduro said speculation had affected the inflation rates and that the economic performance could have been worse had not the government acted.

State-owned company PDVSA was founded in 1976, when the Venezuelan oil industry was nationalised

Shortages of basic staples such as bread have angered shoppers

He said his country was suffering the consequences of an economic war launched by President Obama against the oil producers’ cartel, Opec.

“Let’s see if [President] Obama will manage to carry on with his plan to destroy Opec,” Mr Maduro said.

“It is a two-year plan, which is affecting the prices of commodities and many developing economies.

“The US wants to impose a unipolar world controlled from Washington. That is madness.”

Mr Maduro said the crisis offered a “great opportunity for Venezuela to change its economic model”.

Venezuela has the world’s largest proven oil reserves. Its economy is highly dependent on oil exports.

The Venezuelan opposition blames the socialist policies of Mr Maduro and his late predecessor, Hugo Chavez, for a shortage of many staples and a serious economic crisis.