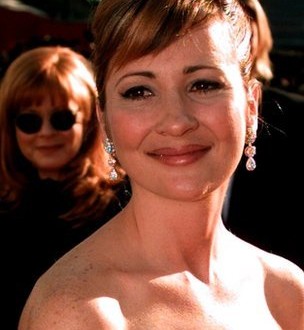 Voice of Babe and Rugrats dies at 51

Voice actress Christine Cavanaugh, who brought to life characters including Babe and Chuckie on Nickelodeon cartoon Rugrats, has died aged 51.

Her sister, Deionn Masock, confirmed the actress had died on 22 December at her home in Utah.

Ms Masock said the cause of death was not known.

“She was able to do incredible and amazing things with her voice and bring lots of smiles and many laughs to many people,” her family said.

Announcing in the death in the Los Angeles Times, they wrote: “Her imagination, humour and intelligence were evident to anyone who had the pleasure of meeting her.

“Many know of her from the roles she played, but in each role there was a part of her showing through that the ones who truly knew her could see.”

Cavanaugh was a prolific actor, providing the voices of dozens of cartoon characters in the 1990s.

She began her career with small parts on TV shows including Cheers, before landing her first big role in 1991 as Gosalyn Mallard on Darkwing Duck.

The same year she was cast as the cowardly Chuckie Finster in Rugrats – a role she would perform for a decade.

In 1995, she gave her voice to the title character in the hit movie Babe, based on Dick King-Smith’s 1983 novel The Sheep-Pig, about a talking pig who wants to be a sheepdog.

She was twice nominated for an Annie Award for the role, before finally winning the prize in 2000.

Over her career, the actress also provided voices for animations including Aaahh!!! Real Monsters, Sonic the Hedgehog, The Wild Thornberrys and The Powerpuff Girls.

She retired from voice acting in 2001 and moved back to her native Utah to be closer to her family.

According to her obituary, a memorial for Cavanaugh has been held on Antelope Island in Utah.