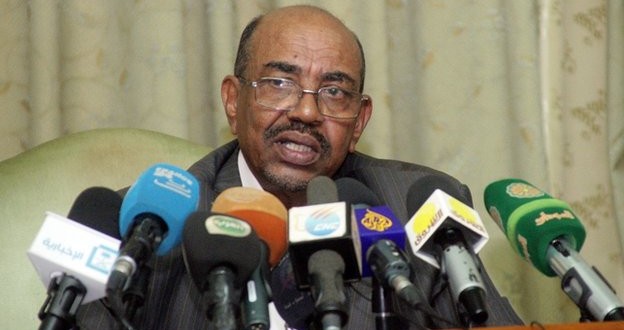 The president of Sudan has claimed victory over the International Criminal Court after it ended its probe into allegations of war crimes in Darfur.

The ICC charged Omar al-Bashir in 2009 for crimes in the region dating back to 2003, but he refused to recognise the authority of the court in The Hague.

He said the court had failed in its attempts to “humiliate” Sudan.

Announcing the suspension on Friday, ICC chief prosecutor Fatou Bensouda blamed it on lack of action by the UN.

She called for a “dramatic shift” in the UN Security Council’s approach, saying inaction was emboldening the perpetrators of war crimes in Darfur to continue their brutality, particularly against women and girls.

Other Sudanese officials have also been charged by the ICC – but none have been arrested.

Darfur has been riven by conflict since rebels took up arms in 2003. The UN says more than 300,000 lives have been lost, mostly from disease.

The suspension of the Darfur investigation came just over a week after the ICC dropped charges against another head of state, Kenyan President Uhuru Kenyatta.

He faced prosecution over ethnic violence in 2007-08 in the aftermath of Kenya’s election. That was the court’s most high-profile case.

“Last night the ICC raised its arms and surrendered,” he said in remarks on Saturday.

“It is the people of Sudan who stood firm and said that no Sudanese official shall surrender to colonial courts at The Hague or anywhere else.”

Human Rights Watch said that Mr Bashir had got the wrong message from the decision to suspend the case.

“Rather than the prosecutor (Fatou Bensouda) holding up her hands in defeat, I think she threw the challenge down to the Security Council itself, that they, the Council, need to step up to the plate and assist her in the arrest and surrender of Omar al-Bashir and other accused, for fair trial at the ICC,” Human Rights Watch spokesman Richard Dicker told the BBC.

The move came amid tensions over the mission’s attempt to investigate claims of mass rape by Sudanese troops in the Darfur village of Tabit.

Sudan says it has carried out its own investigation and has found no proof that anyone was raped.