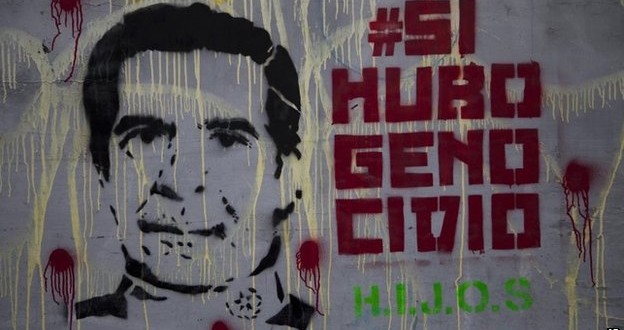 The retrial on genocide charges of Guatemala’s ex-military ruler Gen Efrain Rios Montt is due to start.

However Gen Rios Montt’s lawyer said the general would not attend Monday’s hearing because of ill health.

The general was found guilty in 2013 of ordering the mass killing of indigenous people in the early 1980s, but his conviction was later overturned.

The start of Monday’s hearing was delayed because a file from the appeals court had not been transferred in time.

Before the postponement was announced, Gen Rios Montt’s lawyer said: “His health is delicate, the doctor is with him and has recommended he does not move.”

Gen Rios Montt and his former intelligence chief, Gen Jose Rodriguez, were tried in 2013 on charges of ordering the army to carry out a series of massacres in which 1,771 people of the Ixil Maya ethnic group were killed.

Gen Rodriguez was acquitted while Gen Rios Montt was found guilty and sentenced to 80 years in prison.

Less than two weeks after Gen Rios Montt’s conviction, Guatemala’s highest court threw out the verdicts and ordered a retrial, arguing that the accused had been left without a lawyer at key stages of the trial.

The ruling annulled everything that had happened in the trial after 19 April 2013, the day when the defence team was expelled for accusing the presiding judge of failing to hear its legal challenges.

Gen Rios Montt and Gen Rodriguez have been under house arrest since.

Gen Rodriguez arrived at the tribunal in Guatemala City a wheelchair on Monday saying that he did not fear a renewed trial.