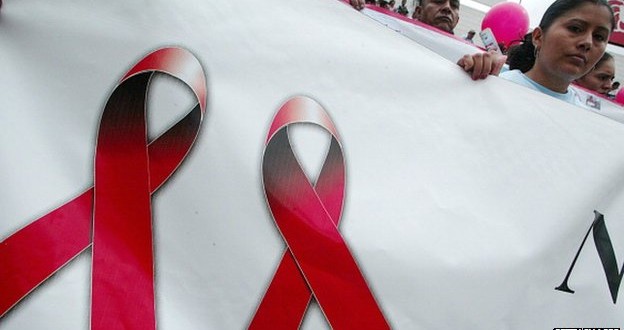 A teenage Honduran Aids activist who was abducted in the city of San Pedro Sula on Tuesday has been released.

Keren Dunaway Gonzalez, 18, was abandoned in a car eight hours after being seized, officials said.

Police said her captors had asked for ransom but had released her after her mother assured them the family had no money.

She came to prominence after giving an impassioned speech at the age of 12 at an international Aids conference.

Ms Dunaway and her mother were abducted by three gunmen while in a parked car outside the offices of the non-governmental organisation they both run.

Keren, pictured in 2008, runs a magazine for HIV positive children in Honduras

The NGO, called Llaves, fights for the rights of people with HIV/Aids.

Minutes later, the men released Ms Dunaway’s mother, Rosa Gonzalez, just a few blocks away, but took the young activist with them.

In a televised interview, Ms Gonzalez made an impassioned plea for the release of her daughter.

“It’s just her and me, her father died a long time ago, we’re not people with money, she is my only daughter, the light of my eyes, my driving force, and I beg those who took her not to harm her and to return her to me quickly as she has to take medication daily, if she doesn’t, she could get sick and die,” she said.

She stressed that the NGO they both worked for was a non-profit organisation and that the family had no money.

A police spokesman said Ms Dunaway had asked to be taken to see her mother after her release.

The spokesman said she was undergoing tests in hospital to make sure her health had not suffered.

Ms Dunaway impressed delegates at the 2008 International Aids conference in Mexico City with her candid description of what it was like to be a young person living with HIV/Aids.

Now 18, she runs a magazine for HIV positive children in Honduras.

Honduras is ranked as one of the most violent nations in the world, and kidnapping for ransom and disappearances are said to be common and under-reported.