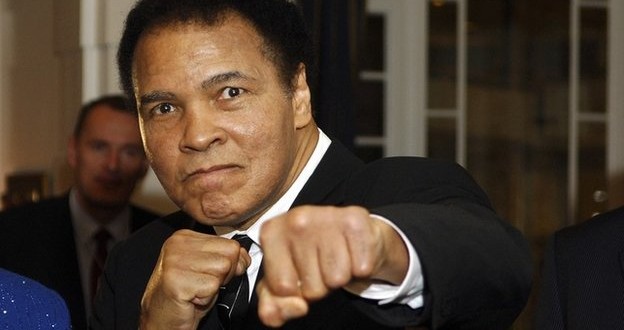 Boxing legend Muhammad Ali has been released from a hospital after being admitted last month with a severe urinary tract infection.

The three-time world heavyweight champion, a cultural icon, is back home after being discharged on Tuesday night, a family spokesman said.

Bob Gunnell said the 72-year-old had made a full recovery and his family thanked everyone for their support.

Ali was diagnosed with Parkinson’s disease in 1984, after quitting boxing.

He appeared in public at a ceremony in September in his hometown of Louisville for the Muhammad Ali Humanitarian Awards.

The name of the hospital where Ali was treated has not been disclosed.