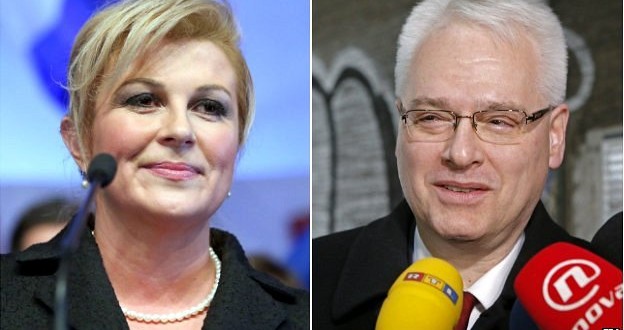 Croatia to vote for new president

Kolinda Grabar-Kitarovic, left, is hoping to oust the incumbent, Ivo Josipovic, in the presidential runoff

Voters in Croatia will take to the polls later on Sunday to determine who will be their next head of state.

The second round of the country’s presidential election is a run-off between the incumbent, Ivo Josipovic, and Kolinda Grabar-Kitarovic.

Mr Josipovic won 38.5% of the vote, compared to 37% for Kolinda Grabar-Kitarovic, in a tight first round.

The president is a largely ceremonial role, but the election is seen as a key test for the main political parties.

Mr Josipovic, a 57-year-old law expert and classical composer, was nominated by the governing coalition. He has been president since 2010.

His rival Ms Grabar-Kitarovic, 46, is a former foreign minister and assistant to the Nato secretary general.

She was nominated by the centre-right opposition party HDZ and would become the country’s first female president if she beats Mr Josipovic.

The BBC’s Guy De Launey says Mr Josipovic has been so popular for so long that it seemed impossible he could fail in a bid for re-election – but he goes into the run-off with the result anything but certain.

His problem is that he is backed by the governing, centre-left coalition that has failed to pull Croatia out of a six-year-long recession, our correspondent adds.

The country, which became the newest member of the European Union when it joined in July 2013, has an unemployment rate close to 20%.

The Croatian president has a say in foreign policy and is head of the army, but running the country is primarily left to the government.

Mr Josipovic is proposing constitutional changes in a bid to solve the economic crisis – including increased powers for the president.

Parliamentary elections are expected to be held towards the end of 2015.