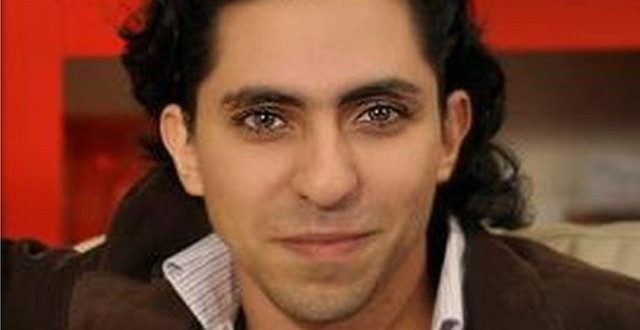 The wife of a liberal blogger sentenced to 10 years in prison and 1,000 lashes in Saudi Arabia has urged Western governments to demand his release.

Raif Badawi, 31, was flogged 50 times last week and has been told he will receive another 50 lashes on Friday.

His wife Ensaf Haidar, who has sought asylum in Canada, noted that Western powers had condemned the punishment.

But she said she would like them to “do more” for Badawi by appealing to the Saudi government directly to free him.

The Gulf kingdom has so far not responded publicly to the protests.

Speaking to the BBC’s Newshour programme, Mrs Haidar said she was informed by the head of the Saudi National Society for Human Rights (NSHR) that her husband had been flogged for the first time after Friday prayers in a square in Jeddah.

The wife of Raif Badawi: “It was painfully horrible to imagine what was happening to Raif “

Mrs Haidar said she had not been able to contact her husband since his transfer to Jeddah’s Ruwais prison two weeks ago.

“[Flogging] is a criminal, horrible punishment. No matter how strong a person he is, he will not be able to cope with that. It is not only physical torture but also psychological torture.”

Mrs Haidar praised the criticism of the flogging by the governments of the US, Canada, Germany and Norway and others, but said she wanted them to put further pressure on the Saudi government.

“This punishment is a violation of human dignity and freedom of expression,” John Baird said in a statement.

Badawi established Liberal Saudi Network, a now-closed online forum that sought to encourage debate on religious and political matters in Saudi Arabia in 2008.

In 2012, he was arrested in Jeddah and charged with “insulting Islam through electronic channels” and “going beyond the realm of obedience”.

Later that year, a judge recommended that he also be tried for apostasy, which carries the death penalty, because Badawi had refused to “repent to God”.

But that was not pursued by prosecutors, and in 2013 Badawi was sentenced to seven years in prison and 600 lashes by Jeddah Criminal Court on the initial charges.

Last May, an appeals court upheld the conviction and increased the punishment to 10 years in prison and 1,000 public lashes. It also fined him 1m Saudi riyals ($270,000; £170,000) and banned him from any media work or foreign travel for 10 years after his release.

Mrs Haidar said she had moved to Canada in 2012 with their three children following an attempt on her husband’s life.

It came after well-known cleric Sheikh Abdulrahman al-Barrak issued a fatwa, or religious ruling, declaring Badawi an “unbeliever” and “apostate”. He complained that Badawi had said “that Muslims, Jews, Christians and atheists are all equal”.