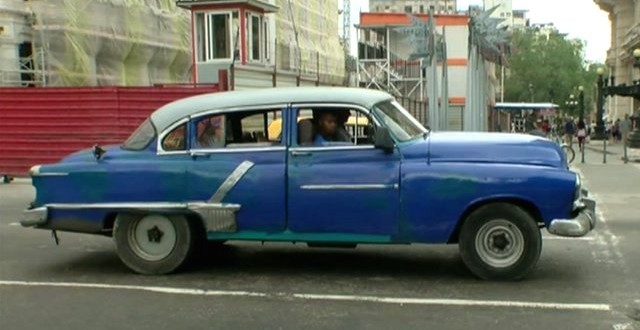 Cubans hope that with the lifting of trade restrictions they will be able to import rare commodities such as car parts, as Will Grant reports

New travel and trade rules between the US and Cuba have come into effect in the biggest policy shift between the two countries in more than 50 years.

Measures include allowing US citizens to use credit cards in Cuba and for US businesses to export some technologies.

Although the latest moves put a large dent in the US trade embargo against Cuba’s communist government, only Congress can lift it completely.

Earlier this week, US officials said Cuba had completed the release of 53 political prisoners agreed as part of the historic deal.

Policies ‘out of date’

While ordinary tourism is still banned, the new regulations will allow US citizens to travel to Cuba for any of a dozen specific reasons without first obtaining a special licence from the government.

United Airlines announced on Thursday plans to begin flying to Cuba from its terminals in Houston and Newark.

US credit and debit cards can be used there and there will be no more limits on how much money US citizens can spend in Cuba each day.

About 170,000 authorised US travellers went to Cuba last year, according to the US Department of Commerce.

US firms will also find it easier to export mobile phones and software to Cuba, as well as provide internet services there.

Cuba currently has one of the lowest internet penetration rates in the world – estimated at about 5% by the White House.

A change in the regulations will also allow US investments in some small businesses and agricultural operations.

The thaw in relations between the two countries was announced last month in simultaneous televised speeches by President Barack Obama and his Cuban counterpart, Raul Castro.

Next week, US Assistant Secretary of State Roberta Jacobson will lead a delegation to Cuba to discuss migration issues.

They will be the first high-level talks since the easing of relations was announced.

“This is a windfall for the Castro regime that will be used to fund its repression against Cubans,” he said in a statement.