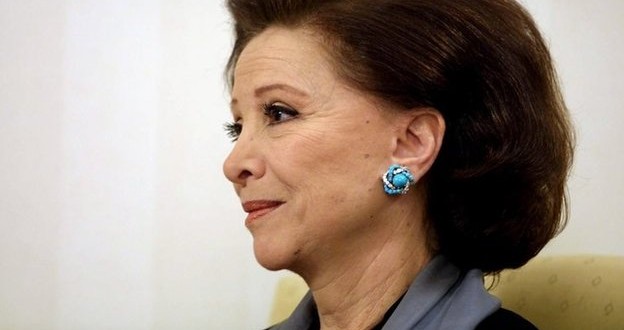 Faten Hamama, one of Egypt’s best-known actresses, has died, aged 83.

An Arab film icon, she was only a child when she made her screen debut. She went on to appear in almost 100 films.

Ms Hamama was the former wife of Egyptian actor Omar Sharif. They were married for nearly 20 years and appeared in many films together in the 1950s.

She died on Saturday after health problems, according to Egypt’s official news agency Mena.

Her son Tarek Sharif confirmed that she had passed away but did not give a cause of death.

Born in 1931, Ms Hamama was known as the “Lady of the Arabic Screen” and was a star of the golden age of Egyptian cinema.

Her career was at its peak in the 1950s when she met fellow actor Omar Sharif.

Born a Christian, he converted to Islam to marry Ms Hamama and described her as the only love of his life, reports the AFP news agency.

She was married to Omar Sharif for nearly 20 years

After their marriage they went on to star in many films together, including the 1961 film River of Love which was based on the Russian classic Anna Karenina.