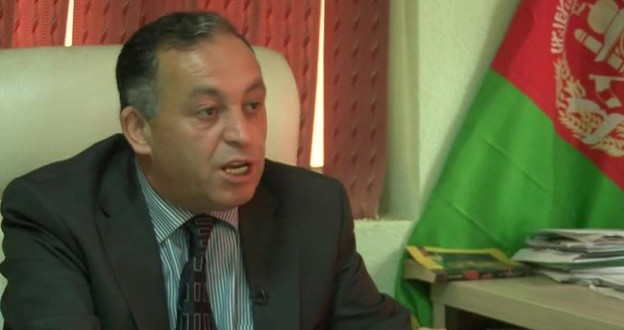 Afghanistan’s nominee for agriculture minister has denied charges of fraud and tax evasion outstanding in Estonia.

Mohammad Yaqub Haidari was nominated for the post by President Ashraf Ghani. However, it has emerged that he is on Interpol’s most-wanted list for large scale tax evasion and fraud.

The presidential office has told the BBC it is investigating whether the accusations against him are true.

He is also accused of fraud linked to currency conversions.

Mr Haidari told the BBC that he was the victim of a political conspiracy, and that he was being pursued by a criminal mafia.

He said: “They [Interpol] have mentioned in this document that they are pursuing me. I am not in hiding.”

He said that he would like to go to Estonia to “defend his rights”.

Estonian law enforcement officials could not immediately be reached for comment on Sunday.

According to Estonian media, Mr Haidari was investigated for embezzlement and tax evasion from the time when he was director of dairy firm Rapla Dairy. The company went bankrupt in 2003.

He was sentenced in absentia to four years in prison in 2011, reports said.

The news of the charges is an embarrassment for the new President Ghani, who wants to change the political culture in Afghanistan by appointing people who are both qualified and clean, the BBC’s David Loyn in Kabul reports.

No ministers are yet in place almost four months after the new Afghan government was sworn in, and there is a growing sense that the government is drifting, our correspondent adds.

President Ghani announced his cabinet nominations on Monday some three months after he was sworn in, following tortuous negotiations with former rival and current government chief executive Abdullah Abdullah.