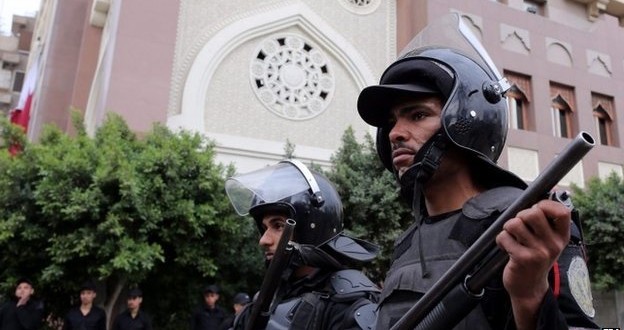 Prosecutors claim the Muslim Brotherhood supporters are responsible for terror attacks in Cairo.

Egypt has charged 215 supporters of the banned Muslim Brotherhood with forming a militant group.

The country’s chief prosecutor accused the group – known as the Helwan Brigades – of killing six policemen and possessing weapons and ammunition.

More than half of those charged are already in custody.

Thousands of Muslim Brotherhood members have been arrested since then-army head Abdel Fattah al-Sisi ousted the group from power in 2013 and later banned it.

Mr al-Sisi was elected president last year and continued the campaign against the brotherhood and other Islamist groups.

On Sunday Prosecutor Hesham Barakat said in a statement that the Helwan Brigades – named after a district in the south of Cairo – had killed the six policemen and wounded several civilians in attacks in the city.

Earlier this month, a Egyptian court upheld death sentences on 183 supporters of the Islamist group over a 2013 attack on a police station near Cairo.