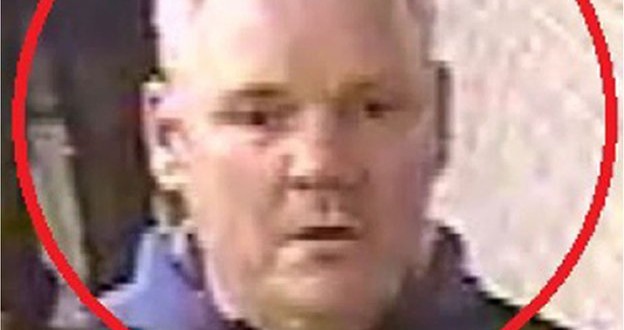 An ex-police officer and Chelsea fan has apologised for his part in an alleged racist incident on the Paris Metro – but has denied he is a racist.

Richard Barklie, 50, of Carrickfergus, County Antrim, was identified as one of the people sought by the Met Police.

In a statement, he denied racist chanting and said he wanted to explain the context of the incident to police.

Chelsea Football Club has barred five fans after a video showed a black man being prevented from boarding a train.

Mr Barklie, an ex-Royal Ulster Constabulary and Police Service of Northern Ireland officer, is currently a director with a human rights organisation – the World Human Rights Forum – and has also worked supporting victims of the Troubles.

In it he said Mr Barklie:

The statement added: “As someone who has spent years working with disadvantaged communities in Africa and India, he can point to a CV in human rights work which undermines any suggestion he is racist.”

It said the Met Police had confirmed “arrangements were in hand to take the investigation to the next stage”.

Earlier, the Met said three men being sought in connection with the incident had been identified – and released images including one of Mr Barklie.

Amateur video shot at Paris’s Richelieu-Drouot station showed a man being pushed from the Metro train while a group chanted: “We’re racist, we’re racist and that’s the way we like it.”

Chelsea has said it will ban the five suspended fans from attending Stamford Bridge for life if there is sufficient evidence of their involvement.

A spokesman said the club was writing to the victim to “apologise unreservedly”, while manager Jose Mourinho has said he is “ashamed” by the alleged racism.