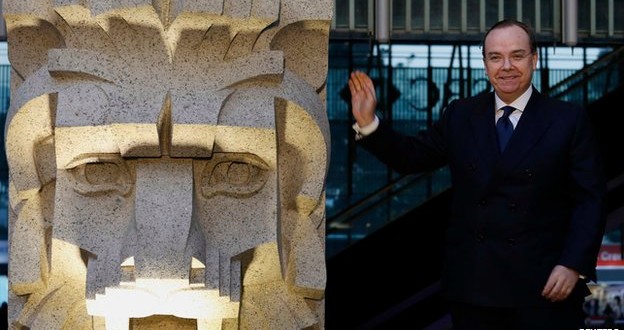 HSBC has confirmed that its chief executive Stuart Gulliver uses a Swiss bank account to hold his bonuses.

The bank was responding to a report in the Guardian that Mr Gulliver has £5m in the account which he controls using a Panamanian company.

The bank pointed out that Mr Gulliver lives in Hong Kong and pays taxes there and has also paid any taxes required in the UK.

The statement did not mention the Panamanian company.

The details about Mr Gulliver’s tax arrangements have emerged on the same day that HSBC publishes its annual results.

The Guardian article does not suggest any wrongdoing on Mr Gulliver’s behalf, but it will add to the questions over HSBC’s activities in the tax advisory business.

The Financial Conduct Authority, HMRC, Swiss prosecutors and MPs on the Treasury Committee are looking into the allegations.

Last weekend the bank published an apology – signed by Stuart Gulliver – to its customers and staff adding that it had completely overhauled how it conducted its business since 2008.

The former director of public prosecutions, Lord Ken Macdonald, has said HSBC has left itself open to criminal charges in the UK over the tax-dodging scandal.

The QC said there were strong grounds to investigate the bank for “cheating” HM Revenue and Customs (HMRC).

He added that HMRC’s decision not to prosecute was “seriously flawed”.

In a legal opinion prepared for consumer group SumOfUs, Lord Macdonald said: “It seems clear, from the evidence we have seen, that there exists credible evidence that HSBC Swiss and/or its employees have engaged over many years in systematic and profitable collusion in serious criminal activity against the exchequers of a number of countries.

“The corporate and wholesale nature of HSBC Swiss’s apparent involvement in what amounts to grave cross border crime makes it all the more obvious that the relevant evidence, once it came the attention of HMRC, should have been the subject of urgent and sustained criminal investigation.”

Despite the evidence being in the hands of HMRC for nearly five years, no action has so far been taken against the bank.

Along with its results HSBC will also be publishing the amount of bonuses to be paid to senior staff.

Mr Gulliver is under pressure from some MPs and some shareholders to refuse his bonus, which could reach £1.3m.