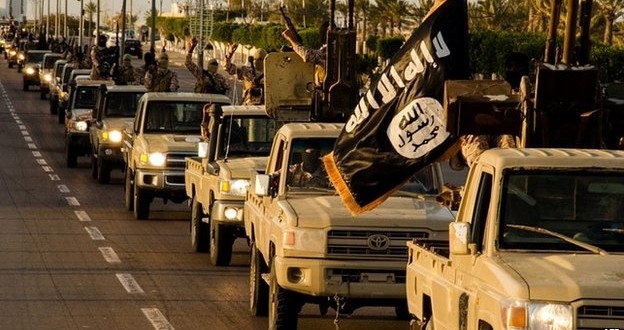 Libya’s internationally-recognised parliament has suspended its participation in UN-brokered talks aimed at restoring calm to the country.

A spokesman for the chamber of representatives blamed Friday’s suicide bombings by Islamic State (IS) for the decision.

He said the attack in al-Qubbah, which killed at least 40 people, had not been condemned by the rival government.

The country is in a state of chaos as the two sides vie for legitimacy.

The internationally recognised parliament is based in the eastern port of Tobruk. Its rival, the Islamist-dominated General National Congress, is nearly 1,000km (620 miles) to the west in the capital, Tripoli.

The UN had invited both sides to talks in Morocco on Thursday.

But both the Lana state news agency and parliament’s own Facebook page confirmed the meeting would not now go ahead.

“The chamber of representatives today voted in favour of suspending its participation in the dialogue,” MP Issa al-Aribi announced on Facebook.

Another parliamentarian, speaking on condition of anonymity, said the decision was taken because of fears that the international community would exert pressure to include Islamists in a future unity government, according to AFP.

The United States urged officials to reconsider their decision, warning of serious consequences if the talks did not go ahead.

“We reiterate our call for all Libyan stakeholders to participate in the UN-led political dialogue,” state department spokeswoman Jen Psaki said.

“Those who choose not to participate are excluding themselves from discussions which are critical to combating terrorism as well as to the overall peace, security and the stability and security of Libya.”

The beheading of 21 mainly Egyptian Coptic Christians by Islamic State fighters earlier this month sparked Cairo to launch air strikes against the jihadists in Libya.

IS said Friday’s bombings in al-Qubbah were in retaliation for the strikes.

State media in Egypt said almost 15,000 of its nationals have now crossed the border from Libya and returned home.

They included 3,018 Egyptians on Monday alone, but it is not known how many were Christian.