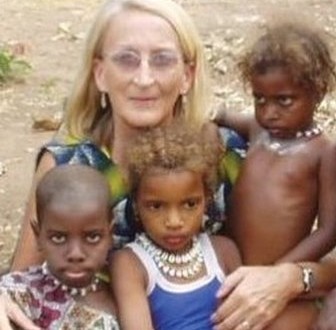 US missionary abducted in Nigeria

A US woman working as a Christian missionary in Nigeria has been abducted by masked gunmen in what may be an effort to secure a ransom, police say.

Phyllis Sortor was taken from the Hope Academy compound in the central state of Kogi, the Free Methodist Church USA said on its website.

The number of kidnappings has escalated in Nigeria in recent years.

Correspondents say it has become a strategy that earns kidnappers millions of dollars a year.

Scores of expatriates have been targeted in the south, centre and north of the country – some by Boko Haram Islamist militants.

Kogi state, however, is reported to have a low level of militant activity, security sources say.

“We are calling on the US church to join together in prayer for Phyllis’ safety and speedy release,” the Free Methodist Church USA said, adding that US authorities had been notified and were trying to find and rescue her.

It described her as a financial administrator who had formed a “special friendship” with the nomadic Fulani clan.

The US Department of State said it was aware of the kidnapping.

“In cases where US citizens are confirmed missing, the US embassy works closely with those involved, supporting local authorities in their search efforts, and provides all appropriate consular assistance,” it said in a statement.