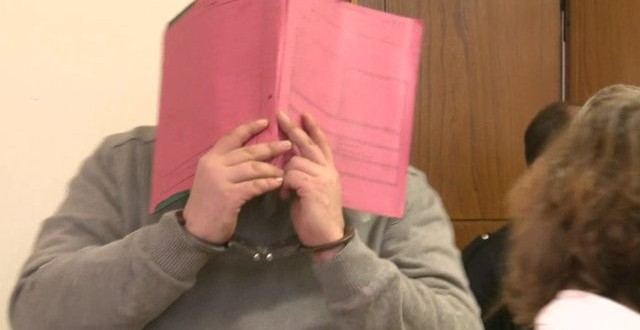 German nurse gets life for murders

Niels H hid behind a folder as he awaited sentence

A former nurse who admitted killing more than 30 patients with lethal drug overdoses has been jailed for life by a court in northern Germany.

The man, identified as Niels H, 38, was convicted of two counts of murder and attempted murder.

He told the court last week he had acted on impulse and apologised to the victims’ relatives.

The deaths took place at the Delmenhorst clinic, where he worked in intensive care between 2003 and 2005.

The former nurse was accused of injecting patients with a medication that should only be used under strict supervision of doctors because it can trigger fatal cardiovascular reactions.

Prosecutors at the district court of Oldenburg said he had been bored and had wanted to practise his – as he himself described them – “excellent” resuscitation skills. If his first attempt at resuscitation was successful, they said, he would sometimes make a second attempt.

A senior doctor heard earlier on in the trial described Niels H as a “passionate medic” who had made a good impression on staff at the clinic.

Doctors did notice, however, that he always seemed to be around when patients were being resuscitated, often assisting junior doctors with the procedure, he added.

At an initial trial in 2008, he was convicted of attempted murder and given a seven-and-a-half year term. It was not until police began investigating the high number of deaths while he was at the clinic that the scale of his crimes became clear.

Relatives of some of the deceased are asking why it took almost a decade before an investigation was launched when the death rate at the Delmenhorst clinic nearly doubled and the use of heart medicine went up dramatically during his time there.

Although he was charged with three murders, the court found him guilty on only two counts, explaining that it could not be proved that the former nurse had been responsible for the third death.

A psychiatric expert had earlier told the court that Niels H had admitted causing the deaths of 30 patients, while 60 others he had injected had survived.

However, there are suspicions that the number of his victims is far higher. The police investigation involves at least 200 deaths, including at other clinics where he worked, at Oldenburg and Wilhelmshaven.