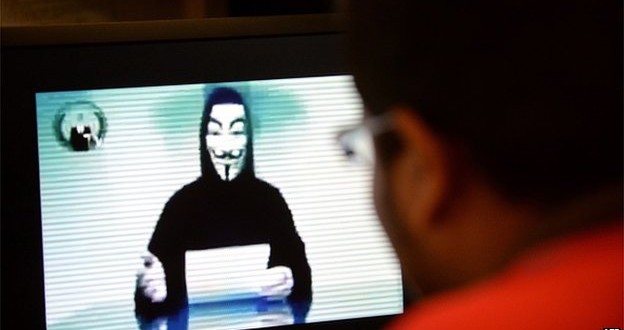 Cyber attacks from groups like Anonymous pose a greater threat than terrorism, Congress was told

US intelligence agencies have placed cyber attacks from foreign governments and criminals at the top of their list of threats to the country.

A report issued by his office said Russia’s military was setting up a cyber command to carry out attacks.

In testimony to a congressional committee on Thursday, Mr Clapper said he no longer believed the US faced “cyber Armageddon”.

The idea that major infrastructure such as financial networks or power grids could be disabled by hackers now looked less probable, he said.

However he warned: “We foresee an ongoing series of low-to-moderate level cyber attacks from a variety of sources over time, which will impose cumulative costs on US economic competitiveness and national security.”

Mr Clapper highlighted the case of Russia, which he said posed the greatest a cyber risk to US interests. He said that threat from the Russian government was “more severe” than previously realised.

Over the past year there have been a series of high-profile cyber attacks against US targets.

North Korea was accused of being behind the theft of a huge data cache from Sony Pictures in November.

Meanwhile in January the Twitter and YouTube accounts of the US military command were hacked by a group claiming to back Islamic State (IS).

During the hearing, Mr Clapper acknowledged that the US had its own “offensive capabilities”.

In 2010 Iran experienced a cyber attack on its nuclear program. Tehran accused Israel and the US of planting malware.