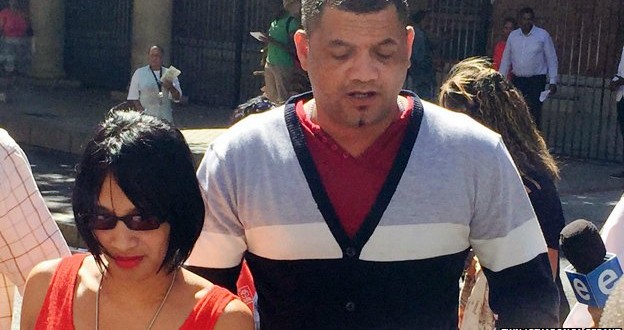 A South African woman has appeared in court over the kidnapping of a baby in Cape Town hospital 17 years ago.

The girl’s biological parents, Celeste and Morne Nurse, were reunited with her after she was enrolled in the same school as her sister.

After seeing the pair’s likeness, the biological family invited the girl for coffee and then contacted police.

DNA tests have confirmed the identity of the girl, who has been placed in the care of social workers.

His wife said it was “like a dream” to see her daughter again.

“When she met Cassidy [her sister], there was just an incredible connection and it started from there,” she told CapeTalk radio.

“Her birthday is on 28 April. This year we can celebrate it with her. It will be her first birthday with us and we have to plan something very big.”

A relative of the alleged kidnapper told reporters outside the Cape Town Magistrate’s Court: “We grew up with the child, we took care of her.”

The arrested woman and her husband, who live in the Cape Flats, have no other children.

The woman, aged 50, is being charged with kidnapping, fraud and contravening the Children’s Act, in that she fraudulently pretended that she was the biological mother of a child, police said.

Her case was postponed to 6 March.