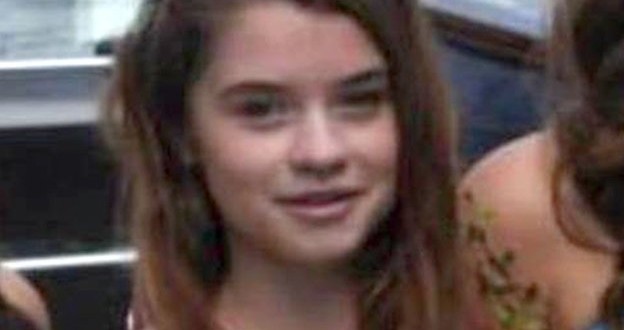 The search for Becky Watts, 16, has intensified with police now searching three homes in Bristol.

More resources are being called upon in the search for the teenager, reported missing from her home in the St George area of the city on 19 February.

Police said searches of houses in Wilton Close, Southmead, the city’s Barton Hill district, and the family home, were part of “lines of inquiry”.

Two people were arrested on Saturday in connection with her disappearance.

Forensic teams have now ended their search of the Barton Hill property for the night, but a police presence will remain overnight.

Meanwhile, police have said a laptop computer found by search teams in woodland on Saturday is not related to the inquiry.

Forensics search a house in Wilton Close, Southmead, as one of several lines of inquiry

A number of locations have been searched within a 2km (1.4 mile) radius of the family home in Crown Hill, including the house itself.

Officers have also searched a car parked outside the house, the lake in St George Park as well as Troopers Hill nature reserve.

Avon and Somerset Police said it was now running six specialist search teams, including officers from Wiltshire, Devon and Cornwall and Gloucestershire forces.

On Monday the police helicopter will be involved again, as will a dog unit from South Wales Police.

Becky’s father and stepmother, Darren and Angie-Mae Galsworthy, said they “continue to hope” she will be found safe but they were preparing themselves for the worst.

About 150 members of the public joined an organised search of Oldbury Court estate on Saturday in the hope of finding evidence.